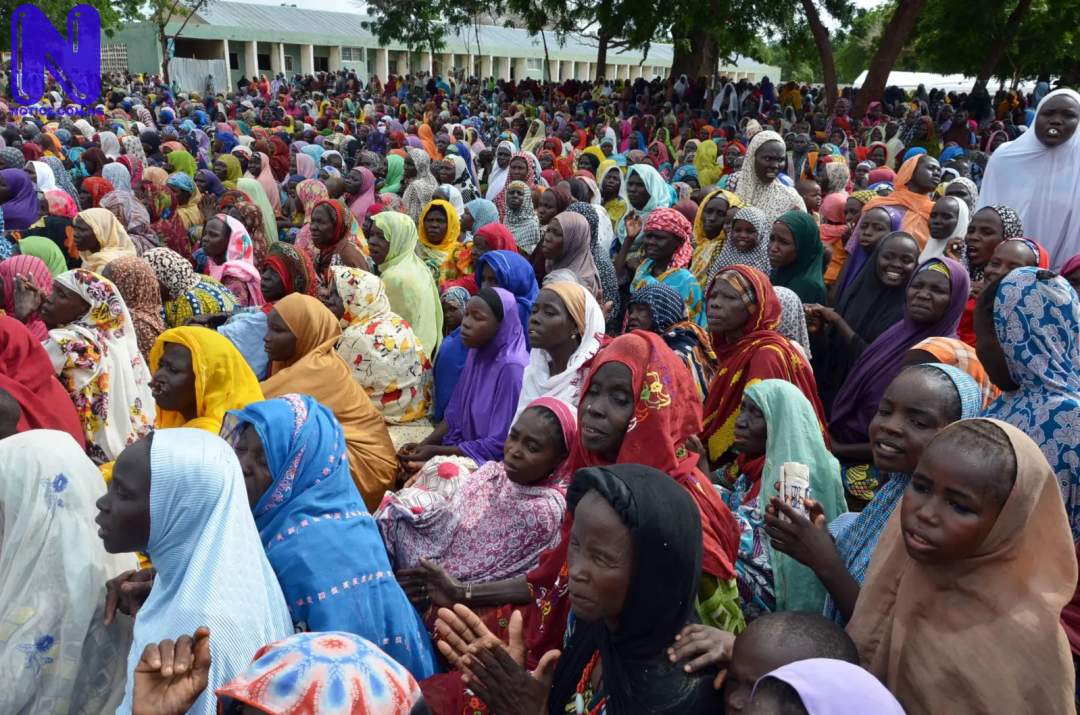 Food insecurity has continued to bite harder, making hundreds of internally displaced persons turn into scavengers in Borno State.
The IDPs, who stormed the street in protest, threatened to abandon camps.
The IDPs are from Pulka, a transit camp in Gwoza local government area of Borno State.
They said it was last three months since they got food from the only NGO that had been keeping their hopes alive.
According to them, the National Emergency Management Agency, State Emergency Management Agency and the North East Development Commission (NEDC) all federal and state government channels, have forgotten them, after caging them in camps.
The protesters told newsmen that the last time they saw food from government was in July 2020 when the Borno State governor, Professor Babagana Umara Zulum visited the area, which was once a caliphate of the Boko Haram militants before the Nigerian military liberated them.
According to the protesters, guinea corn which is sold for N5000 in the local market has now hit N20,000.
“Even at N20,000, people struggle to get it because there is no grain in the market. The road to bring such items to Gwoza is also suicidal for many traders and we are kept in restricted areas.
“If the government is not ready to provide food, they should allow us to go back to Maiduguri and fend for ourselves,” One of the protesters who identified himself as Umar Gave said.
Some of the protesters, who vowed to leave the camps told newsmen that they are not afraid to scavenge around the Sambisa forest if they can have food to eat and feed their families as death is also in the camps.
Mallam Dawa had this to say, “We are much more worried for the inability of the only supporting Non Governmental Organization (Plan International) to render their services like before. In Pulka, we have spent more than three months without receiving any intervention either from the NGO or Government,” he said.
The senator representing southern Borno in the red chamber at the National Assembly, Senator Muhammed Ali Ndume, who reacted to the sad development, appealed for calm.
Ndume said “most of the International Non Governmental Organizations such as the World Food Programme and the Plan International who have been supporting IDPs in Pulka and other communities are donor fatigue due to the global Covid-19 pandemic”.
He, in spite of that, assured the protesters of government commitment to supporting IDPs and urged them not to do anything that would derail such supports.
He also promised to reach out to National Emergency Management Agency (NEMA) and the North East Development Commission (NEDC) to intervene.