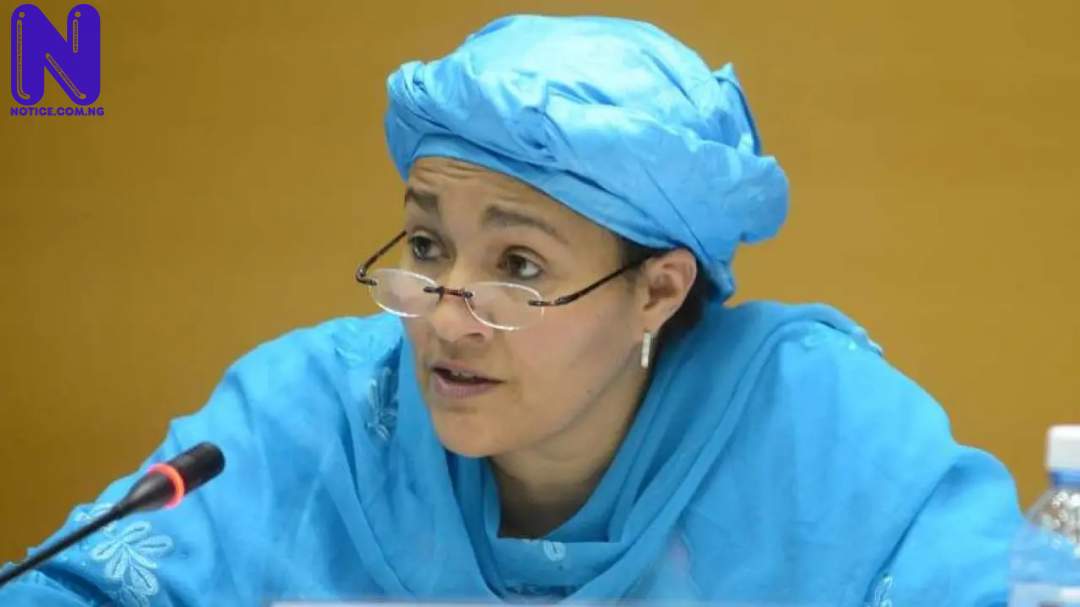 Following her interactions with the internally displaced persons living in camps across Borno State in the northeast Nigeria, United Nations Deputy Secretary-General, Amina Mohammed has said that the IDPs are tired of living in camps.
The UN deputy secretary, who was in Maiduguri, the Borno State capital on Tuesday, interacted with Internally Displaced Persons in the border town of Banki in the Bama Local Government Area of Borno.
He observed that the conflict in the northeast had inflicted untold hardship on the people, reducing the whole region’s economy to nothing.
Banki town where she went has suffered series of attacks by Boko Haram in the last 11 years since the escalation of the conflict following the killings of its spiritual leader, Mohammed Yusuf in 2009.
“After several years in camps, the IDPs are really tired and they want to go back to their normal lives. They are tired that this thing is going on for many years,” the UN deputy secretary said.
Mohammed also noted that the IDP camps were overcrowded, adding that this had created the need to speed up the process of resettlement and reintegration of the IDPs as soon and their security and means of livelihood were guaranteed.
According to Mohammed, she was in the State with other UN officials to assess the situation and see how to improve things, particularly in the areas of the resettlement and the reintegration of the displaced people.
She lauded the effort of the Borno Government in addressing the plight of the IDPs, adding that even in her meeting with President Muhammadu Buhari in Abuja, the latter commended the effort of the State government.
Speaking, Borno State governor, Babagana Zulum announced plan by the State and the Federal Government to commence the repatriation of Borno refugees in Minawawo camp in the Cameroon republic to Banki town on December 5, 2020.
“I am also happy to inform you that we are gradually having peace, we received overwhelming requests by our people that they want to return to their places of origin.
“These processes of return are being carefully planned to take into account all factors, such as security, shelter, livelihood and presence of civil authority to maintain peace and inspire confidence in the community,’’ Zulum told the UN officials.