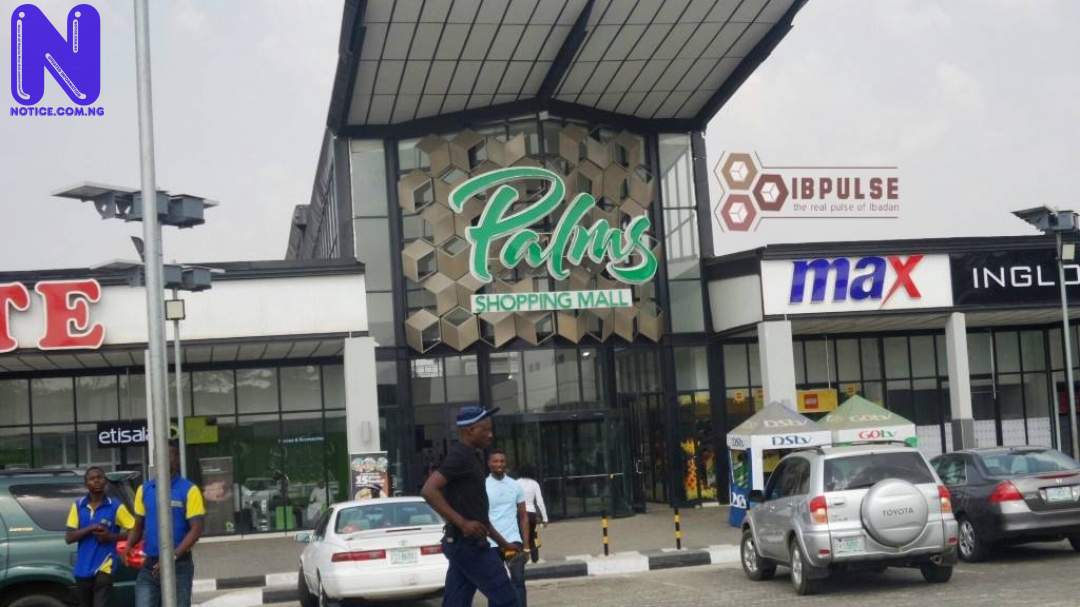 A popular shopping mall in Ibadan, the Oyo State capital, Palms Mall has been shut down, Press reports.

Press gathered that the mall was shut on Monday due to a clash that occurred at the mall Sunday night.

It was gathered that a yet to be identified man was allegedly killed at the mall located at Ring Road area of Ibadan Sunday night when policemen raided the mall.

Our correspondent learnt that the Policemen stormed the mall to arrest some suspected internet fraudsters who were on rampage at the mall around 8pm.

Sources told Press that some suspected internet fraudsters were taking Indian hemp when police arrived at the mall but while arguing with one of the youths, the victim attempt to escape.

It was, in spite of that, gathered that the deceased was shot while attempting to evade arrest.

He was said to have been shot in the stomach and died in the process.

His corpse was later taken away by the Police.

The mall has been shut down indefinitely and taken over by the police as a result of the clash.

A source in the mall who confirmed the incident to Press on Monday said the mall was shut down indefinitely as a result of yesterday’s incident.

He said, “I first saw it online because I am on leave. I called one of our colleagues who confirmed the incident.

“The police raided the mall and you know during festivities, many people will come to the mall. In the process, one person was killed.”

But, the Public Relations Officer of the State Police Command, Mr Adewale Osifeso while reacting, said the incident was a cult-related case.

Osifeso added that comprehensive investigations were ongoing to apprehend the culprits.

“It was a case of Cult Related Violence. Comprehensive investigations are ongoing to apprehend all the culprits involved.

“Updates would be provided in due course, please.”