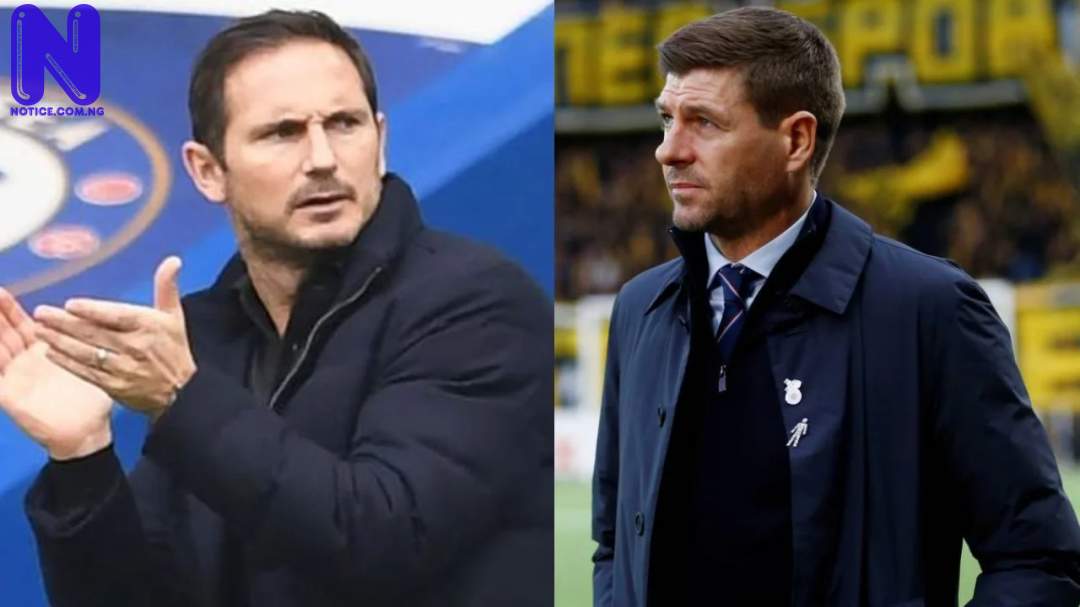 Rangers boss, Steven Gerrard, has said he was not surprised by Chelsea’s decision to sack Frank Lampard as their manager because the Blues have a history of sacking coaches at Stamford Bridge.
Gerrard, an ex-England teammate with Lampard, also said he was disappointed for the 42-year-old because he just guided the club to beat Luton Town 3-1 in the FA Cup fourth round encounter on Sunday.
Lampard was sacked on Monday by Chelsea owner, Roman Abramovich, after one year and six months in charge at the club.
“I am gutted for Frank, a friend of mine and someone I respect greatly,” Gerrard was quoted by Metro UK as saying.
“Knowing the guy he will be back before no time. He will dust himself down and get ready to get back involved. He will use this time to spend with his family.
“I am disappointed for him. I thought it was a very swift exit on the back of a positive result at the weekend. But I don’t know the details. I don’t know the relationships inside the club.
“But I did think it was an opportunity for Chelsea to reach out and support him during this tough period of results rather than do what they have done.
“But Chelsea has got a history for that, so it was no surprise.”