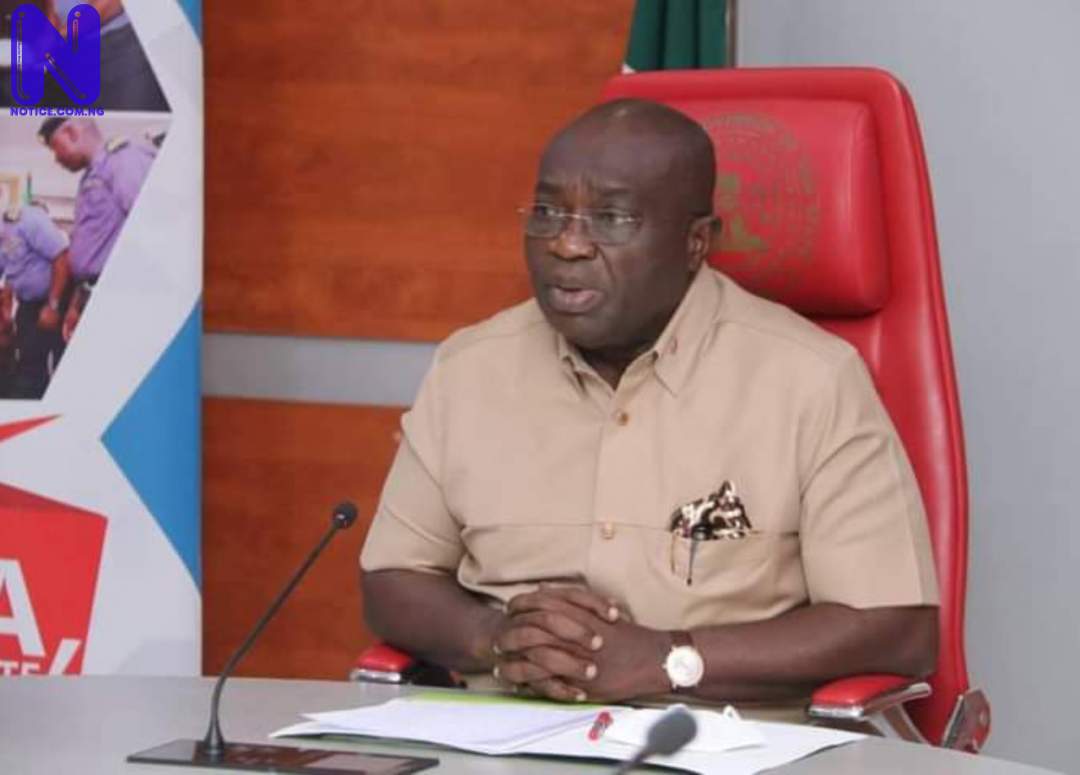 The Abia State Governor, Okezie Ikpeazu has declared that he has no grudges against Mazi Nnamdi Kanu, leader of the outlawed Indigenous People of Biafra, IPOB.

The governor, who spoke during an interview with newsmen in Umahia, the state capital, said he was ready to engage the Biafra freedom fighter on how security would be restored in the state and other parts of Southeast.

Governor Ikpeazu while reacting to the activities of the IPOB members, who were accused of attacking security operatives in the state, said violence would not bring the expected change.

The governor called for dialogue between the secession agitators and the government to address their grievances, stressing that, "if there are things you want us to vocalize about the way things are going in this country, raise the tune a little bit, I think there are people who are willing to say that and do that".

"If you're taking up arms against the Nigerian nation, what capacity do you have to conclude it? Because I’m not a suicide candidate and I saw a bit of the civil war and I don't want to get people on a boat that is sailing to nowhere. He is entitled to his opinion, views and approach, but I’m also saying to him, that as a young boy who went to Maiduguri at the age of 16, the boundaries of the South East and Northern Nigeria is not in Umuahia or Ubakala Police Station, neither is it in Bende or Ohafia.

"Fighting in the kitchen is one of the indices that define lack of appreciation of the first rule of human existence which is self-preservation, because after the fight in the kitchen, with which pot and plate are you going to eat? Is it possible that while you're fighting in your kitchen with your kinsmen, that your real enemies could be sitting somewhere drinking Champaign and be laughing at your lack of understanding and love among yourselves?

"If you have a perceived enemy and you embark on such a voyage and your son kills you, your enemy will just attend your funeral and save his gunpowder for another enemy. I think there is a need for a good reason to prevail. Let's sit down and talk about it.

"For me, I think we need to change a few things in this country and I think we need to be smart about the way we change it. There is somebody who said that those who resort to violence have exhausted the capacity of their intelligence to resolve the matter. I don't think we have exhausted the capacity of our intelligence to resolve the matter. Violence cannot be the first option".

I sacrificed my parents for Biafra, I will sacrifice everything - Nnamdi Kanu vows