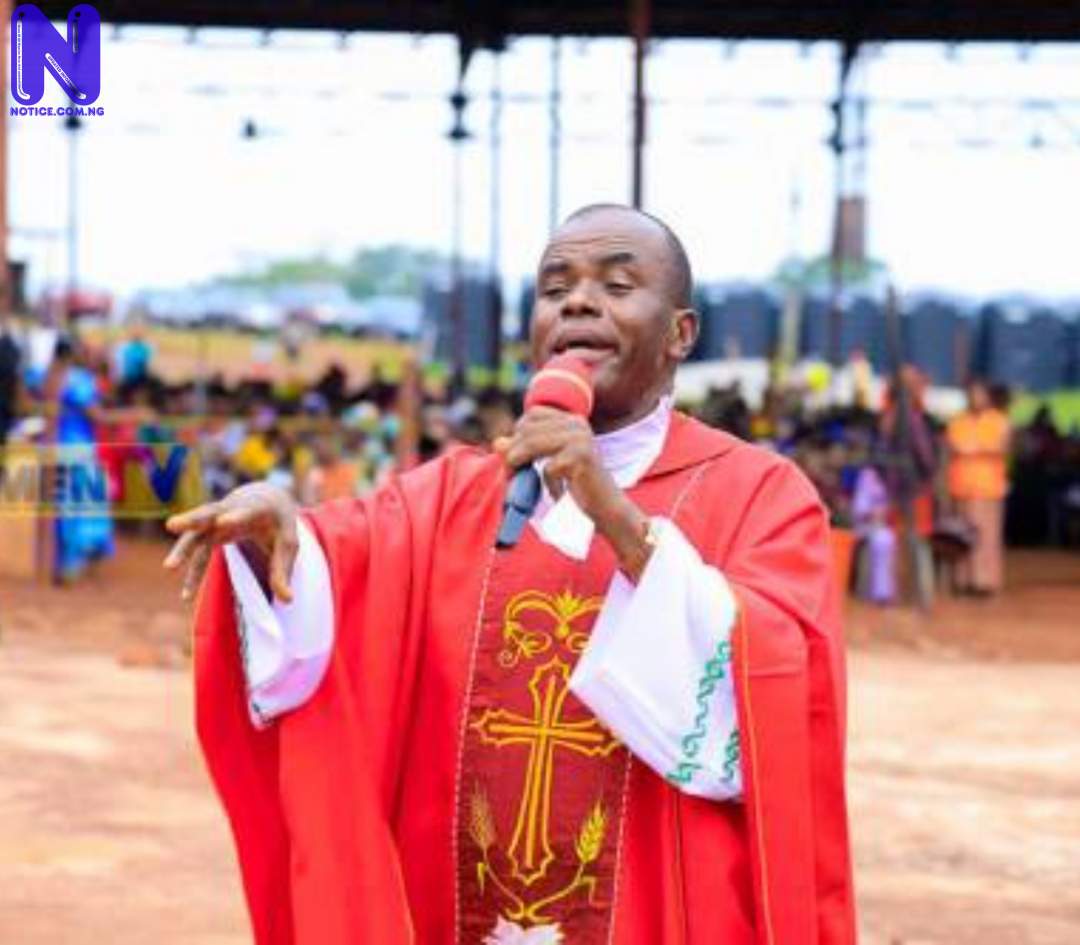 Catholic Priest and Spiritual Director of Adoration Ministry, Enugu, Fr Ejike Mbaka, has responded to the claim by the presidency that he demanded for contracts for supporting President Muhammadu Buhari.

Presidential Spokesman, Garba Shehu made the claim while reacting to Mbaka’s call for Buhari’s resignation over the high level of insecurity in the country.

According to him, Fr Mbaka asked for a meeting with the president and came along with three contractors.

Responding, Mbaka while speaking on Sunday at the Adoration Ministry in Enugu confirmed that he took three contractors to tackle insecurity during Buhari’s first term not for himself.

According to him, he had no personal relationship with the three menthat he took to the presidency.

Mbaka said, “In Nigeria, if you say the truth, they attack you. I’m not discouraged and I’ve been waiting for them to challenge everything I said. Challenge the truth, whether there is insecurity or not.

“Somebody talked about giving me contracts and I started laughing. I’m not here to defend any allegation.

“Buhari government is not giving me money or contract. It is a laughable and childish accusation. It is a shame to whoever is saying that and to the people he is representing.

“The three men Shehu talked about; the contract they asked for was for them not me. These three men had gadgets, facilities to handle insecurity during the first term of Buhari.

“They said they had a platform to end insecurity in a month. I don’t know these people. They just asked me to help them reach the government and I handed them over to the government.

“These are the three people they rejected their offer. I’m not begging them. Do they know how many people I feed. I don’t have their number.

“Which contract did they deny me of? Do they know how many widows and children I’m taking care of?”

Mbaka warned the presidency to stop attacking those who say the truth and tackle insecurity, adding that even Garba Shehu, the presidential Spokesman can be killed by bandits.

“Be careful in your choice of words and be wise. If anybody says the truth, the person is a terrorist. I do my charity without their support. I thank Ugwuanyi who has created an enabling environment here for me.

“Garba Shehu that is talking, the bandits can kill him too. No amount of security can save them if things get worse.

“With the support of the government of Enugu, God has given me the grace to do all my projects. If I can be doing this, the federal government should do more.

He further attacked Buhari for travelling to the UK for medical check-up.

“How would a whole Nigeria not have a good hospital, that our president will be flown out of the country for medical treatment.

“They have shown they don’t have reward mechanism. Shehu should be apologising to me.”