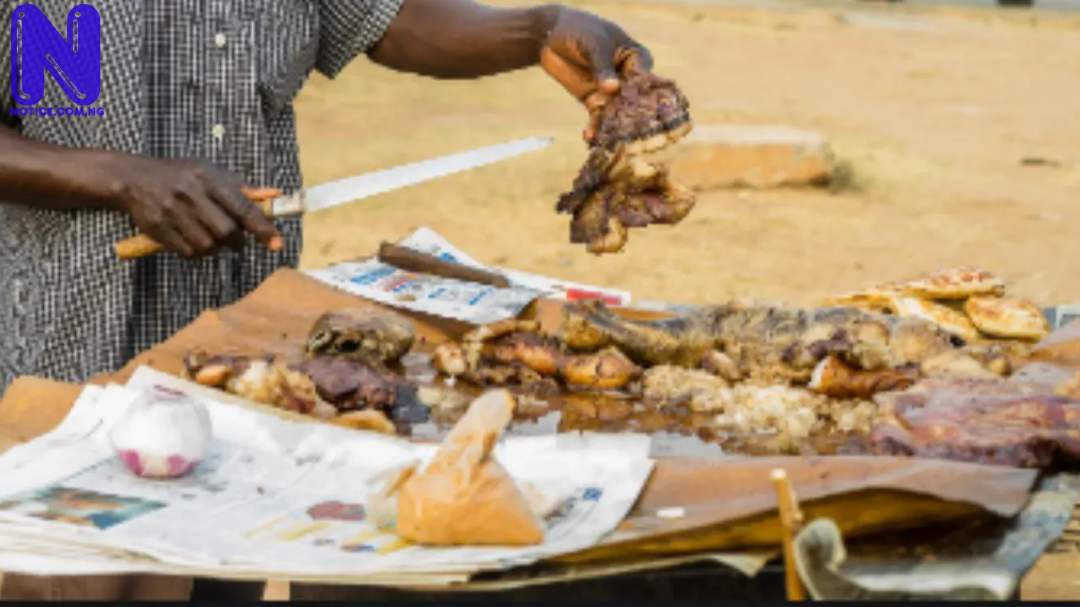 A ‘suya’ meat seller in Enugu State was weekend nabbed while reportedly stealing meat from a butcher’s shed at the popular Ogbete main market in the state.

Marketers at the abattoir section, located at Akwata side of the market, before now, were said to have raised the alarm over the ‘mysterious’ disappearance of meat from their shed.

The incident happened on Saturday when the man was caught after stealing meat weighing over 22 pounds.

A Facebook user, Egwuatu Chukz, who shared the photos, said the Hausa man casually strolled into the shed, brought out a sack and started stuffing large chunks of meat into it, completely ignoring the fact that there were other people around.

After loading the huge amount of meat inside the sack he came with, he raised it on his head and started walking away with the meat. He was said to have moved quite a distance ahead when one of the meat sellers called him back, and tried to interrogate him.

The suspect refused to answer and this drew the attention of the crowd.

The crowd succeeded in stopping him and quizzing him on how he managed to have access to the meat and he couldn’t give any reasonable answer to the questions.

Few minutes after he was caught, he was stripped naked and paraded and some charms which he tied to his arm and leg were reportedly revealed.

Press gathered that from his consequent lame confession after the charms were exposed, he had been perpetrating the act for a long time but he is usually invisible when performing the evil operations, with the use of his charms.

He confessed that he had been involved in the act for quite some time and during all his operations, he uses the charms to transform himself into an invisible being.

But for the intervention of the police, the yet-to-be named suspect would have been lynched.

Press contacted the state Public Relations Officer, PRO, Ebere Amaraizu who confirmed the incident, adding that the matter was being investigated.

He said, “He stole two laps of cow meat and was caught before we intervened.

“We are handling the matter right now. He will be arraigned in court tomorrow (Tuesday).”