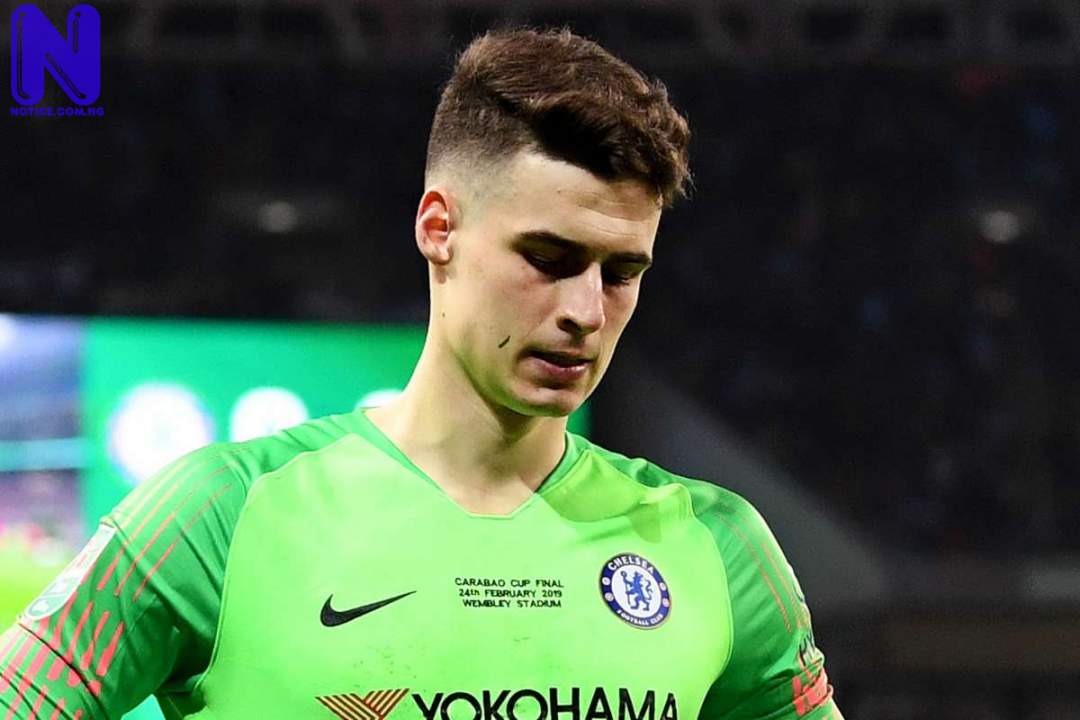 Chelsea goalkeeper, Kepa Arrizabalaga, has said that he was sorry for the club’s Ex-manager, Maurizio Sarri because he didn’t understand him during their Carabao Cup final defeat to Manchester City in 2019.

Kepa said this while finally speaking about the bizarre incident that happened during Chelsea’s Carabao Cup final defeat to Man City two years ago at Wembley Stadium.

Chelsea lost 4-3 to Man City on penalties after 120 minutes of goalless football.

However, late in the second half of extra time, Kepa went down injured and Sarri called on goalkeeper Willy Caballero to replace him, but the Spain international refused to come off, insisting he was okay.

The incident delayed play for a while before referee Jon Moss confronted Sarri and continued the game.

Now, more than two years on, Kepa has given a detailed account of the incident in an article with The Players’ Tribune in which he admitted that he should obey Sarri’s instructions.

“It was all a big misunderstanding,” Kepa said. “Manchester City were dominating the game in extra time and there was barely any time left until penalties. After making a save, I felt something in my leg and I called for the physio to make sure it was nothing. Above all, though, I wanted to make sure that we as a team could catch our breath.

“Suddenly, I saw that the coach, Maurizio Sarri, had sent Willy Caballero to warm up. He thought I couldn’t go on. My intention, right or wrong, had only been to waste time to help the team. I didn’t have any serious problem that was going to keep me from continuing to play.

“I tried to signal that I was okay, that I wasn’t injured. But we were at Wembley in front of more than 80,000 people, so of course, Sarri didn’t understand me. When the fourth official raised the board, clearly I should have come off, and I’m sorry I didn’t.

“I was wrong, and I am sorry for everyone who was involved: for Maurizio Sarri, who it seemed like I had undermined in public; for Willy, a teammate and a great professional; and for all my teammates and Chelsea fans who had to put up with everything — all the noise that was generated during the game and then in the days after.

“Inside the club, it was no big deal. I had a chat with the boss, we talked about how we had each seen the situation, and we cleared the air.”