I have nothing personal against Buhari – Gov. Ortom 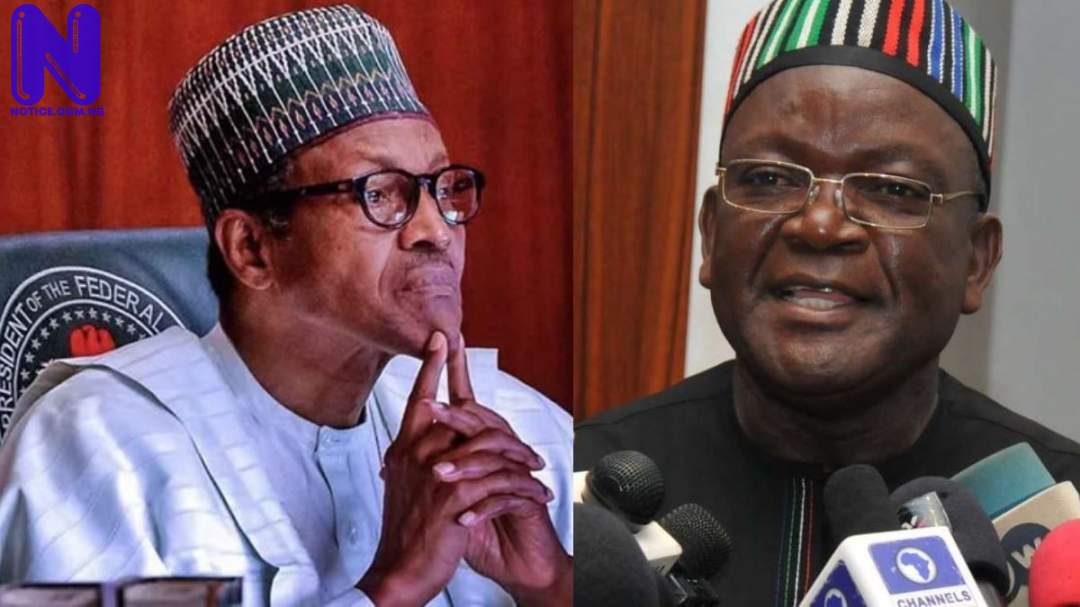 He disclosed that he only criticizes the President for not being able to end the killings in the state and in Nigeria.

The Governor was reacting to a statement credited to President Muhammadu Buhari by the Chairman on Tertiary Education in the House of Representatives, Aminu Suleiman Goro during the commissioning of some projects at the Federal University of Agriculture in Makurdi.

Buhari was quoted to have asked Governor Ortom to endeavour to acknowledge his administration's capital projects in Benue State rather than cast aspersions on him.

But the Governor in his speech on Saturday, October 1st, 2022 at the Independence Day Interdenominational Church service organised by the State Government in conjunction with the state chapter of the Christian Association of Nigeria, CAN, insisted that he has nothing personal against the president but concerned with the incessant killings of his people.

Governor wondered why the Buhari-led Federal Government has not disarmed Fulani herdsmen who bear sophisticated weapons and kill innocent people but have continued to deny lawful state security agencies the right to acquire arms to protect lives and property.

The Governor reiterated that he was not elected to preside over dead people and would therefore continue to strongly criticize the Federal Government as long as it fails in its constitutional role of providing security for citizens.

While lamenting the challenges bedeviling the nation, Governor Ortom expressed confidence in the greatness of the country, stressing that there must be justice, equity and fairness for the country to continue to progress.

The Governor acknowledged the prayers of the Church and encouraged spiritual leaders to be united in providing direction for the people to overcome the challenges militating against the unity of the country.

Earlier, Archbishop Yiman Orkwar who preached a message on the topic “The Tripod of Justice” declared that for Nigeria to move forward as a country, there must be justice, equity and fairness.

The clergy lamented that justice has eluded the country and if not reversed, could lead to its the collapse.

He emphasised that “Our greatness lies in the tripod of justice” pointing out that justice brings unity and peace, which would ultimately lead to progress.

In his remarks, the CAN Chairman, Benue State, Reverend Akpen Leva urged Nigerian People not to lose hope in the country as God is still on the throne.

He thanked Governor Ortom for his continuous support to the body of Christ, saying the Governor has supported the association for the construction of a secretariat, which he said work on the edifice was ongoing with the hope of commissioning soon.

Some of the dignitaries at the Independence service included the Speaker of the Benue State House of Assembly and PDP Governorship candidate, Titus Uba, Chief Judge of the State, Justice Aondover Kakaan, President of the Customary Court of Appeal, Justice Cosmas Idye as well as members of the Executive and Security Councils.