I have been blackmailed, vilified despite my effort – Gov Ortom reels out achievements (INTERVIEW) 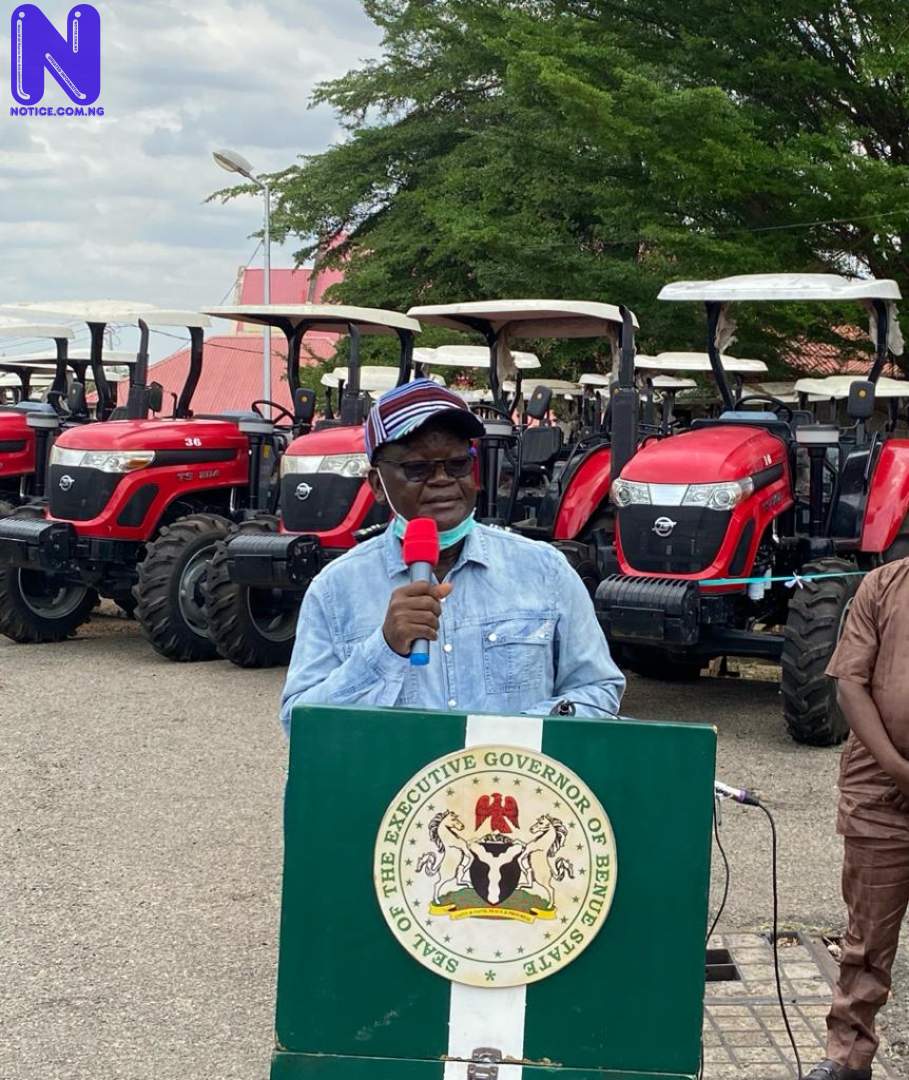 After a project tour of Makurdi, Gboko, Otukpo and other communities in Benue State, Press Managing Editor, Ali Adoyi engaged His Excellency, Governor Samuel Ortom in an exclusive interview on the success of his administration, especially in the areas of security, infrastructure, workers' salary and sundry issues.

In this interview, the Benue Governor takes our editor on a voyage of his administration's success story, his challenges and other obstacles militating against his transformation agenda for the State. As stated by the People's Governor, despite those daunting challenges, the State has recorded tremendous progress especially in the area of security and infrastructure, an indication that no, ‘'challenge is insurmountable once there is the will.''

According to Ortom, his people (Benue) must stay alive to enjoy the effort of his administration in the area of infrastructure; the reason he has sacrificed so much in trying to secure them against all forms of incursion by suspected herdsmen and other criminal elements.

Press also revisited the Gbajimba Road that was under construction in 2018 when the organization visited for an inspection.

Que: I was in Otukpo, Gboko, some parts of Markudi and other communities, and I saw wonderful projects concerning the challenges posed by COVID-19, insecurity and paucity of funds. How were you able to achieve all that we saw?

Gov. Ortom: Well, I would say that it's just our determination and then, I really want to appreciate God for the wisdom to handle the scarce resources and to make an impact in the sands of time. I'm grateful. Commitment also played a major role. I know it's an extra duty for me to ensure that every single kobo that comes into the purse of government; that gets into the single treasury account is appropriated rightly. There are challenges, no doubt. I still have the problem of pension, gratuity, and all that and even salaries being owed in arrears. Of course, this is what I inherited. When I came in, it was still there because of the scarcity of funds – just as you said, the recession we had in 2016 orchestrated by the fuel and oil crisis led to a huge drawback and also in 2020, we had the COVID-19 setback. So every single step we had taken is to ensure that we address these challenges whether salaries, pensions and gratuity and then the infrastructure because Benue State is an agricultural state and we need the people to be connected. We need some basic things that the people need in order to support them to live well. So health facilities in all our communities are also our priority. We are working towards connecting them with good roads so that they can be motorable throughout the year. We want to ensure that our schools, especially the primary schools that were abandoned are fixed. This government believes that the primary, secondary and tertiary schools should measure up to the standard. The tertiary schools should be very strong but the secondary schools should be stronger. The primary schools must be the strongest because that is the foundation of every child. So if you get it right at the primary school, then you have no problem. We have been able to impact on the primary schools as over N20 billion has been expended in collaboration with the UBEC and we have marshalled all the allocation to UBEC. We have also handed money from the state government to support the schools. So this is ongoing, so we appreciate the impact from our secondary and tertiary and primary schools. At a time, the Benue State University were on strike and we were able to settle with them and since then, they have not gone on strike and we are now paying them faithfully. We are not owing the University as we were able to fulfil our obligations. So what we are saying is that this depends on our determination and commitment to ensure we put something on the ground. In the case of the arrears of pension and gratuity, we have also taken a step back by introducing PENCOM law. We have already been able to invest up to 1.3 billion Naira. Government is paying 10 percent of the staff's salary and the staff themselves contribute 8 percent. So this administration has found a permanent way of resolving this matter of pension and gratuity and in paying salaries. Because once we have enough money paid into the pension account, we can always find a way of borrowing and paying back. Since 2018, I have been able to pay all salaries of staff. It was recently we were starting to have some problem because of the shortfall we are receiving. We have arrears, but the impression being created that Ortom doesn't pay salaries is not true. These are lies from the pit of hell. They are not true and the impression being created that there is no single project is false. These are from enemies, from the opposition going round to play down our achievements. Thank God you have gone round and you have seen things for yourself. That is the whole thing.

Que: Let's talk about the Tor Tiv and the Och' Idoma palaces. What inspired the projects? Many past leaders never thought of the project.

READ ALSO >>> Why I received Buhari in Benue – Ortom

Gov. Ortom: Just like I said, it's God's wisdom and determination to execute what He directed us to do. As for the past leaders, I think it was an oversight. For me, the Tor Tiv palace is a symbol of the Tiv nation, the Och' Idoma's palace is a symbol of the entire Idoma nation. Whether you are from Europe, America or Asia, you should be proud that you belong to one of these ethnic nationalities in Benue State. So it should be a befitting place. It's a reflection of what the people have. I believe that in no distant time, looking at what you saw when you came in 2016 in Tor Tiv's palace and then in Och'Idoma's palace and what it is now, I believe that by the grace of God, God is just trying to tell us that moving forward, we are laying a good foundation that will give befitting status to either Tiv or Idoma people. I remember before the commissioning of Tor Tiv's palace, the Tor Tiv his majesty was very-very happy. I could read it on his face. I could see it around him. He could dance. This is a new beginning for the Tiv nation. And eventually, when we went to do the groundbreaking ceremony in the Och'Idoma's palace, he was there and he was really excited. He came out in his full self and was excited. Everybody is connected to the palace of the Och' Idoma or the Tor Tiv, whether Idoma or Tiv. I believe that what God has inspired us to do will go a long way in giving new faces to these two ethnic nationalities.