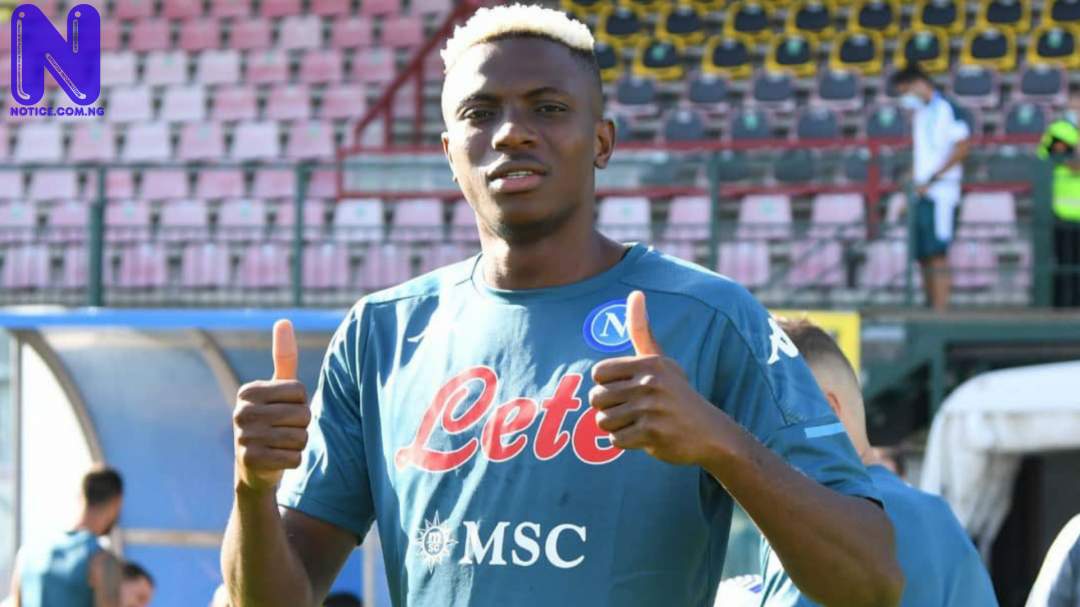 Diego Maradona Junior has hailed Super Eagles’ Victor Osimhen, as a 30-goal striker.
Osimhen sealed a move from Lille to Napoli this summer.
Maradona, who was born in Naples, Italy and nurtured in the SSC Napoli academy, is the son of Argentine football legend, Diego Maradona.
The 33-year-old forward believes Osimhen will shine in the Italian Serie A, having already netted two hat-tricks in preseason friendlies.
Maradona, who represented Italy at the 2008 FIFA Beach Soccer World Cup, told Gonfialarete: “He is a forward with a great prospect, with room for improvement.
“If put in the right conditions, he can become a 30 goal striker. He’s just 21.
“I have expressed some doubts about his construction phase when it comes to tying up the game.
“He doesn’t have to do it too much, it doesn’t have to be his first goal. He is good at attacking depth and if he has space in front it hurts,” he added.
Napoli will kick off their 2020/2021 Serie A campaign against Parma at the Stadio Ennio Tardini on September 20.