I didn’t file any suit against Atiku’s citizenship – Malami 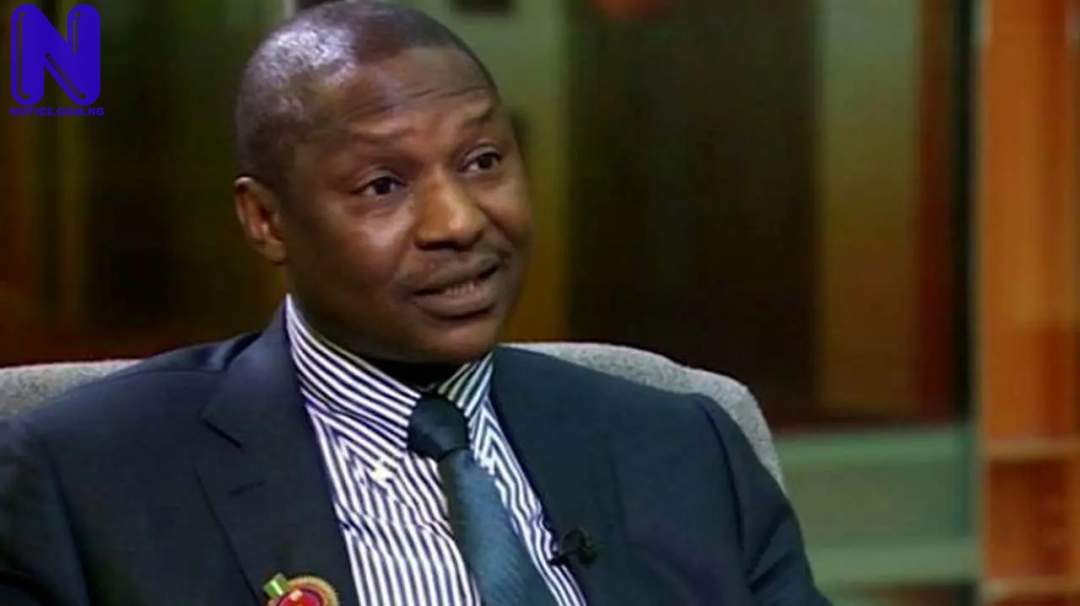 Overwhelmed by the spate of criticism and condemnation trailing his questioning of Nigeria citizenship of Ex-Vice President Atiku Abubakar in a law court, Attorney General of the Federation and Minister of Justice, Abubakar Malami, SAN has denied ever instituting legal action on the citizenship or otherwise of Atiku.
Malami made the denial in a statement issued by his Special Assistant on Media and Public Relations, Dr Umar Jibirilu Gwandu which was made available to our correspondent in Abuja on Wednesday.
The denial read in part “The Honorable Attorney General of the Federation and Minister of Justice, Abubakar Malami, SAN has never filed any case before any court in the country challenging the citizenship of the Ex-Vice President Atiku Abubakar.
“The matter in contention was part of the 2019 pre-election matters instituted by a Civil Society Organization – the Incorporated Trustees of Egalitarian Mission for Africa in suit no: FHC/ABJ/CS/177/2019 in respect of which Alhaji Atiku Abubakar, Peoples Democratic Party (PDP), Independent National Electoral Commission (INEC) and the Office of the Honourable Attorney General of the Federation was made a co-defendant.
“The issue had already been widely reported by the media since April 2019. It is unfortunate that stale news stories capable of causing confusion are repackaged and presented to the general public as current news.
Malami had in his response to the 2019 suit filed at the federal high court claimed that Atiku was not eligible to contest for the office of Presidency in Nigeria because he was not a Nigerian citizen.
His affidavit in support of the suit has graphic historical backgrounds of Atiku to the effect that his father grandfather and great grandfather were not Nigerian People.
The same position was canvassed at the Presidential Election Petition Tribunal by the All Progressive Congress APC in its response to the petition filed by Atiku to challenge the return of President Muhammadu Buhari for a second term of office.
The APC affidavit filed on its behalf by a legal luminary, Prince Lateef Fagbemi SAN to counter Atiku’s petition had insisted that Atiku was not qualified for the 2019 Presidential election because he is a Cameroonian and not a Nigerian citizen by origin.