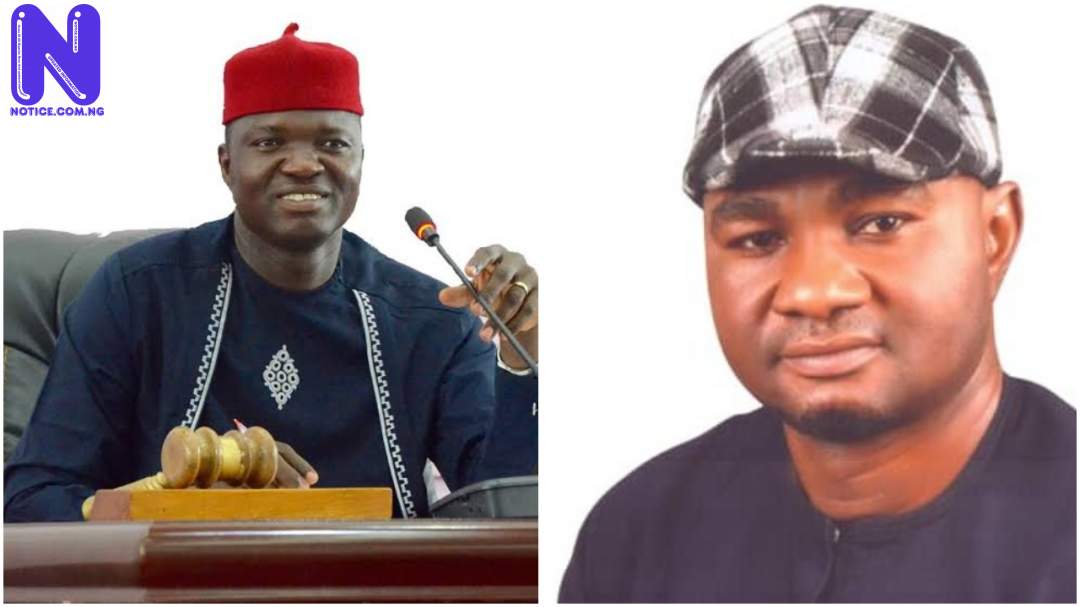 The Ebonyi State Commissioner for Capital City Development and Urban Development, Barr. Onyekachi Nwebonyi has told members of Ebonyi State House of Assembly, EBSHA, to go to court as he can’t answer their alleged illegal summon.

Recall that the Assembly led by the speaker, Rt. Hon. Francis Nwifuru had recently summoned the commissioner respond to the various alleged wanton destruction, demolition of houses and other valuable property belonging to citizens of the state.

But Nwaebonyi refused to honour the summon while fielding questions from newsmen in Abakaliki, the capital of Ebonyi state.

The commissioner, in spite of that, described those complaining against the action carried out by his office as ‘illiterates’ and insisted that he never regretted using the language.

According to him: “You can’t build a new house without removing the old part of it. If the authority has removed all the illegal structures, for example, to widen the roads, will you call it illegal demolition.

“The law provides 10 metres for street and 8 metres for close but unfortunately, you see people encroaching on these provisions, by leaving 4 metres, 5 metres as the width of the street. Where on Earth can you obtain such an arrangement? Even in our local villages – our local track roads are always about seven to eight metres.

“So, I described those who are complaining about our action as illiterates, and I have not regretted using that language, because an educated person should know that a capital city is different from a village. And in a capital city like Ebonyi, there are specified measurements which a street must be.”

He added: “How can I answer the summon of the House – illegal summon. The summon is an illegal one, because the person summoning me is transferring personal aggression, but I don’t want to go into that because the matter has been laid to rest.

“The person summoning me – he has a case here. He has a case with the Ministry, so, he can’t be the judge in his own case. If you feel we have gone astray, go to court. We have the Executive, Legislative and Judiciary arms of the Government and we have our respective duties. So, if you feel that anyone has exceeded his limit, you go to the third arm which is the Judiciary and seek redress. Just as I said, the matter has been laid into rest, because the summon is an illegal one.”

“If you are complaining that we’ve destroyed your fence or building, the first question you should ask the person; have you obtained your building permit before erecting that fence? Because If you fail to obtain your building permit before embarking on any infrastructural development within the capital city, it is an offence punishable under Section 14, 16 and 17 of Abakaliki Capital Territory law, which provides 12 months imprisonment, and a fine, for you to build anything, meaning anything fence, building, and if you do it without obtaining this express approval, such a structure must be demolished – that is the position of the law and developer will be arraigned in court and if convicted will be jailed for 12 months.

“Street hawking is completely prohibited. We have our international market, we have our main markets inside this park we are talking about. Provisions are made where people will be selling “mama-put” in the park. We don’t sell “mama-put” in front of the Government House gate. Anybody complaining ‘they poured my food on the ground,’ the first question should be, where were you when the task force poured your food?”