I’m sorry for working against you – Wike begs Oshiomhole 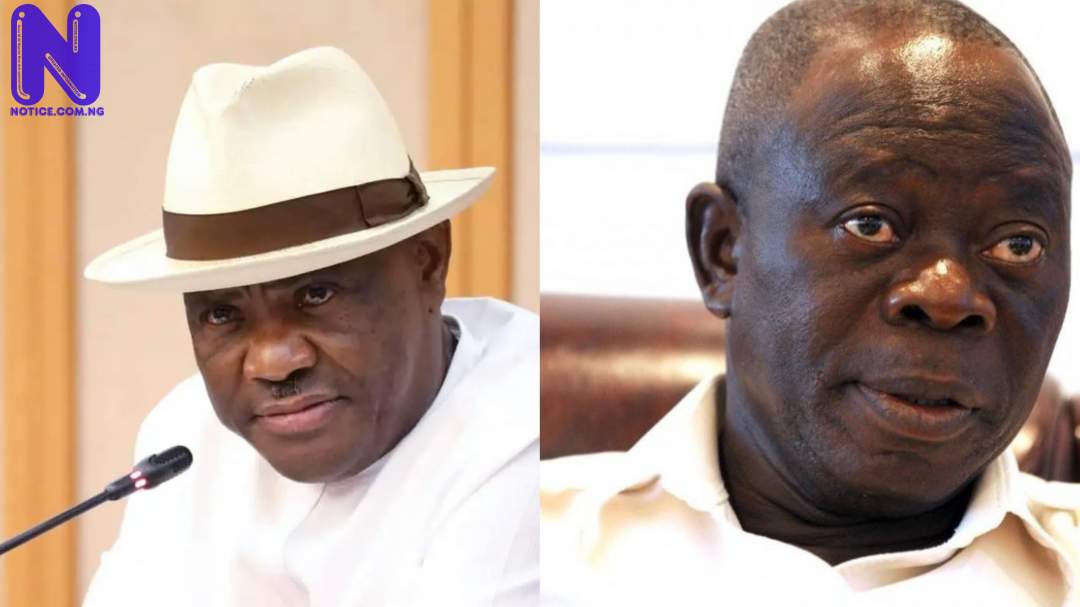 Rivers Governor Nyesom Wike has publicly apologized to the Ex-national chairman of the All Progressives Congress, APC, Comrade Adams Oshiomhole for working against his candidate during the Edo State governorship election in 2020.

The governor also apologized for all he said about Oshiomhole during the electoral process in Edo State. Wike made the appeal while he was speaking during the commissioning of the Rumuepirikom flyover in Port Harcourt on Wednesday.

Oshiomhole who was the special guest of honour commissioned the project.

Wike was the chairman of the PDP Edo State Campaign Council that worked for the re-election of Gov. Godwin Obaseki.

Obaseki and Wike had since fallen out.

Speaking at the event, Gov. Wike said: ” I use this opportunity to apologize to you. You know I came to Edo State to make sure your candidate didn’t win the election and I was virtually in charge. Every day coming out on Television to take you on and I said you will not win and you didn’t win. That assignment has been done. We now know who is who. I sincerely apologize to you.

“Each time you learn, people will praise you when you do for them, the day you said no you’re wrong they begin to say all sorts of things.”

Gov. Wike, in spite of that, accused Oshiomhole of sending security agencies to Rivers State in 2019 to influence the governorship election in the state.