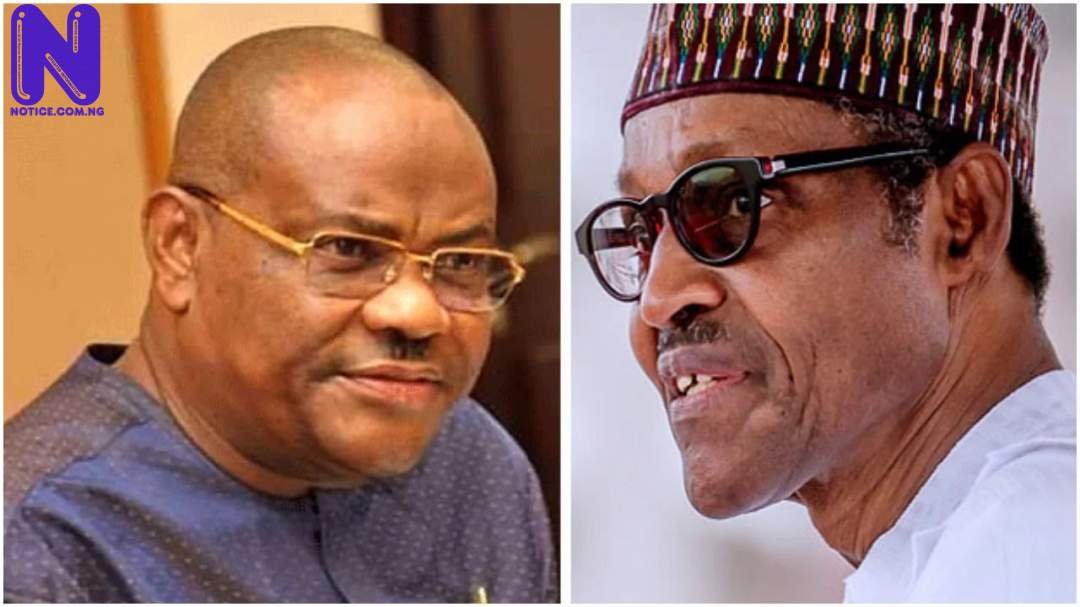 The Governor of Rivers State, Nyesom Wike, has revealed that up till now, the President Muhammadu Buhari government has not refunded the State the money it approved some months ago.
Recall that Wike had thanked Buhari, describing him as indeed a President of every State of the Federation and all Nigerian People following the approval of the sum N78.9 billion the Rivers Government used in maintenance of Federal roads in the State.
But addressing party stakeholders in Port Harcourt, the State capital on Thursday, Wike said not even one Naira has been refunded to the State since then.
Wike went on to explain that the said fund was for federal projects executed with State money by the administrations of Peter Odili, Chibuike Amaechi and the current government.
“No State in Nigeria can say they’re better than Rivers State. No. God has given us what it takes to move the State to the next level…not next level of poverty,” Wike began.
“There’s nothing the APC can tell Rivers people today ‘this is why you must vote for the APC.’ But we have something we can say, ‘Rivers people, see what we have done..’
“APC has nothing to tell them. Whether Federal Government; whether their political appointees on federal level they have nothing to tell them, nothing.
“The money they said they’ve approved for us they’ve not given us but I’m not worried. I’ll continue to work.
“So when many of them will say that these projects I’m doing is because they’ve given me money, Nigerian people, not even one Naira.
“No one Naira have they given me. But it’s our money. We don’t owe them any duty to explain to them. If they give us the money, we’ll use the money for the interest of our people.
“They can’t say anything again. They’ve shot their mouths. The level of development they’ve not seen before.
“I continue telling people that it’s wrong to say that it’s one person that did the project, it’s a lie.
“Right from the time of Peter Odili, Celestine Omehia and Rotimi Amaechi that’s what the Federal Government is refunding.
“So anybody who comes to tell you it was one man’s project, it’s a lie. NIgeria is hoping on the PDP. APC has failed Nigerian People. There’s nothing anybody can talk again.
“This is no time for promises. You have promised and you have failed and you want us to try you again? No. We’ve tried APC and it has not worked and now Nigerian People have realised that it’s the same PDP that has the interests of the people at heart.
“You know there was a problem and you begged the people to vote for you. Now that they’ve voted for you, yet you cannot solve the problem.”