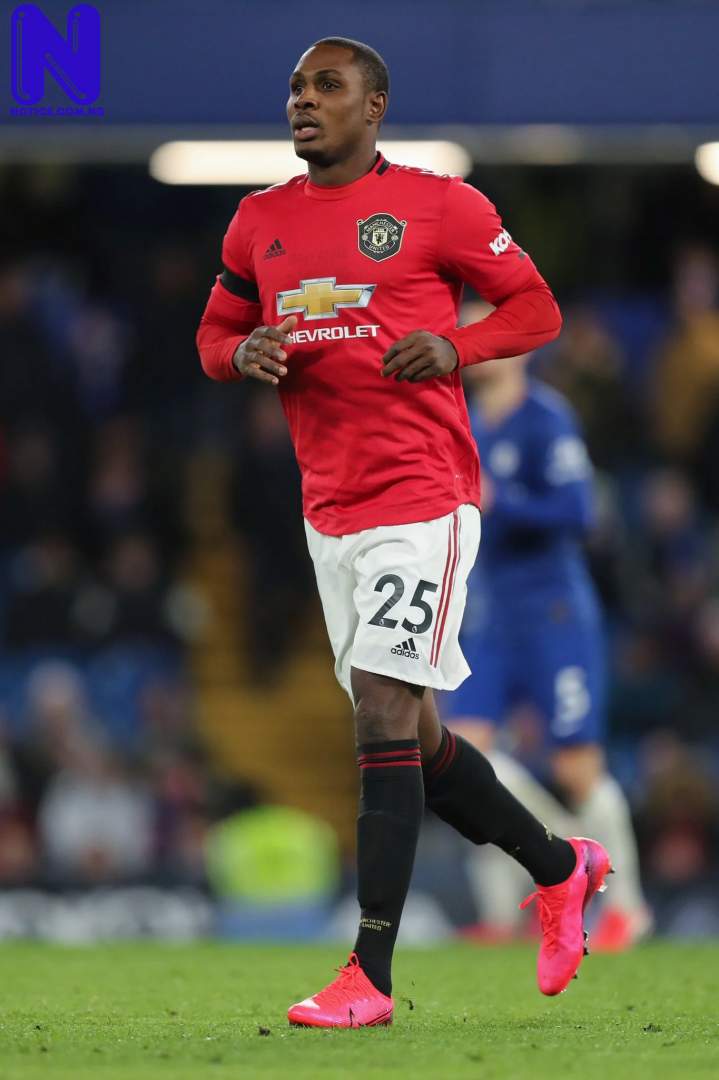 Manchester United striker, Odion Ighalo has told the club’s head coach, Ole Gunnar Solskjaer that he is always ready to feature for the Red Devils ahead of their Premier League clash against Newcastle United on Saturday evening.
The Nigerian attacker is waiting for an opportunity to start for Man United in the Premier League this season.
Ighalo came off the bench against Crystal Palace, but he was not among the substitutes for Man United’s subsequent Premier League games against Brighton and Tottenham Hotspur respectively.
However, Ighalo started Man United’s Carabao Cup victories against Luton Town and Brighton, and he is likely to start for Solskjaer’s side against Newcastle, with fellow strikers Anthony Martial and Edinson Cavani both unavailable for the Old Trafford club.
“I’m always ready, “Ighalo told Man United’s official website on Thursday.
“Whenever the gaffer calls me, my idea is just to give my best in training, work hard and wait for my opportunity says to take it.
“Hopefully, I’ll just keep my head down, keep working hard every day. Come to the training ground every day and give it my best. Whenever the gaffer needs me, I will come and give my best.”
“We are working hard and looking forward to it [Man Utd’s fixture against Newcastle],” He added. “We have been training hard. Those of us who didn’t go to the international teams have been working seriously hard.
“Everyone is in top shape and, when those who have been in the international teams are all back, I think we’re in good heart to win the game. I know we did not start the season well so we will try to start from this weekend and try to win the game to kick the season off.”