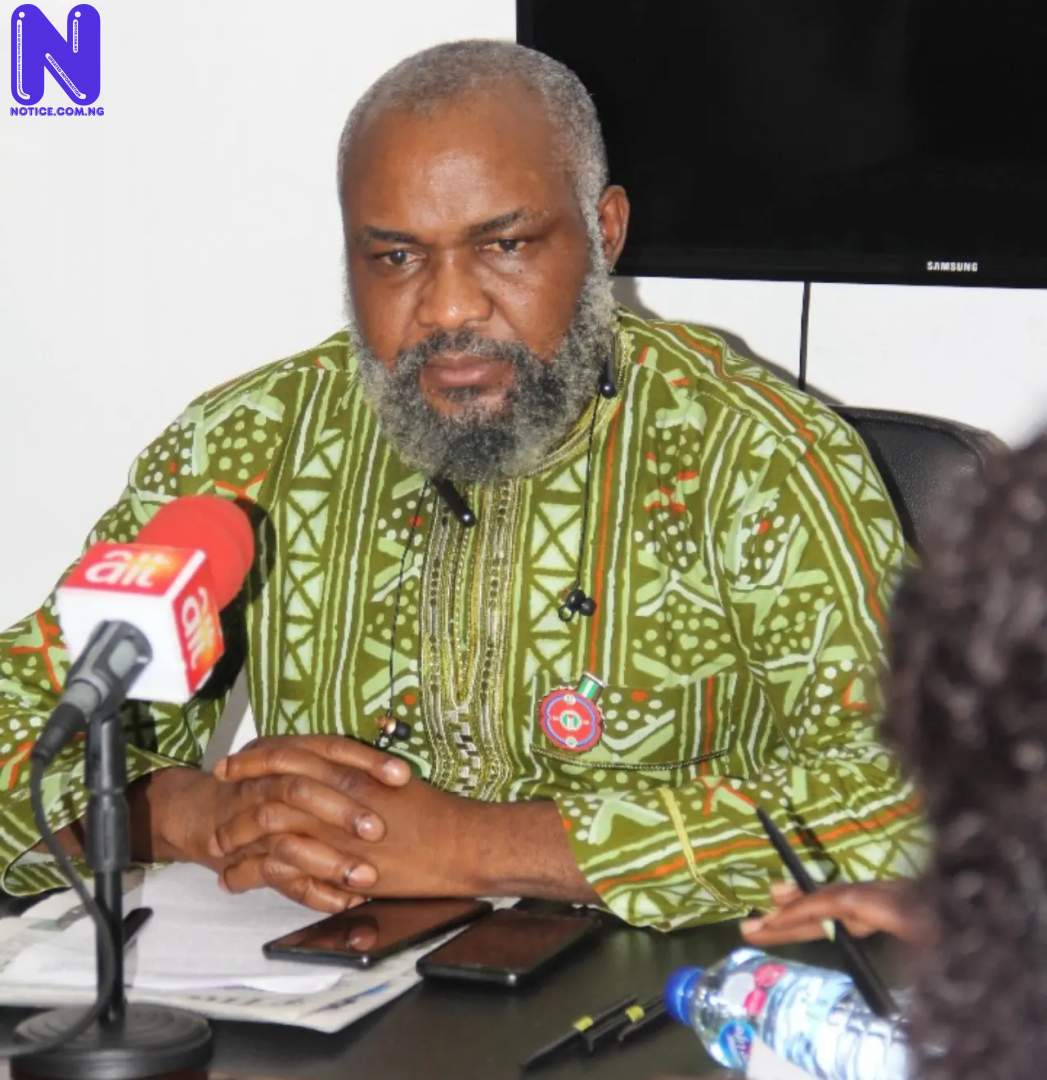 Human Rights Writers Association of Nigeria, HURIWA, has called for the punishment of the Nigerian Air Force Spokesman for trying to deceive Nigerian People by initially denying that a military aircraft crashed at the weekend.

The fighter plane routinely conducts air raids on the Kaduna-Katsina-Zamfara corridor and crashed in Kaduna during one of such operations but there was no casualty.

However, NAF debunked the report through the Director of Public Relations and Information, NAF, Air Commodore Edward Gabkwet, saying there was "No crash in Kaduna."

He said he was still making contacts from other locations, insisting that no NAF plane left Yola, Adamawa State for Kaduna on Sunday.

"No crash in Kaduna. No aircraft left Yola for Kaduna. I am making contact and awaiting information from other locations," he said.

It later admitted the crash the following day.

And speaking in an exclusive interview with Press, Comrade Emmanuel Onwubiko, National Coordinator of HURIWA, said the “Spokesman of the Nigerian Air Force decided not to tell Nigerian People the truth. Press reported that there was a plane crash and the Air Force spokesman told another newspaper that it was not true.

“And in that same story where he was trying to deny the plane crash, he also said he was awaiting further instructions.

“So why did he go ahead to deny there was a plane crash if he was not even completely abreast with what happened. So what we’re saying is this, this is how impunity has destroyed Nigeria.

“If a government official is supposed to carry out a mandate and he refuses or fails to do that if he is guilty of dereliction of duty, there is punishment for that .

Speaking further, the human rights activist provided his opinion on why military aircrafts have continued to crash in the country, blaming the government for deliberately refusing to investigate

According to him, “The reason for these plane crashes is because of deliberate efforts on the part of the government not to investigate the causes of the crashes. There’s deliberate effort to hide the truth .

“And why is the government afraid of the truth? The truth must prevail. The Spokesman of the Air Force that wanted to deceive Nigerian People by denying there was a plane crash should be moved away from that beat because he has failed.

“Unless he did what his boss told him to do, and if it was his boss that made him try to deceive Nigerian People, it means he doesn’t have respect for Nigerian People and he should apologise.”