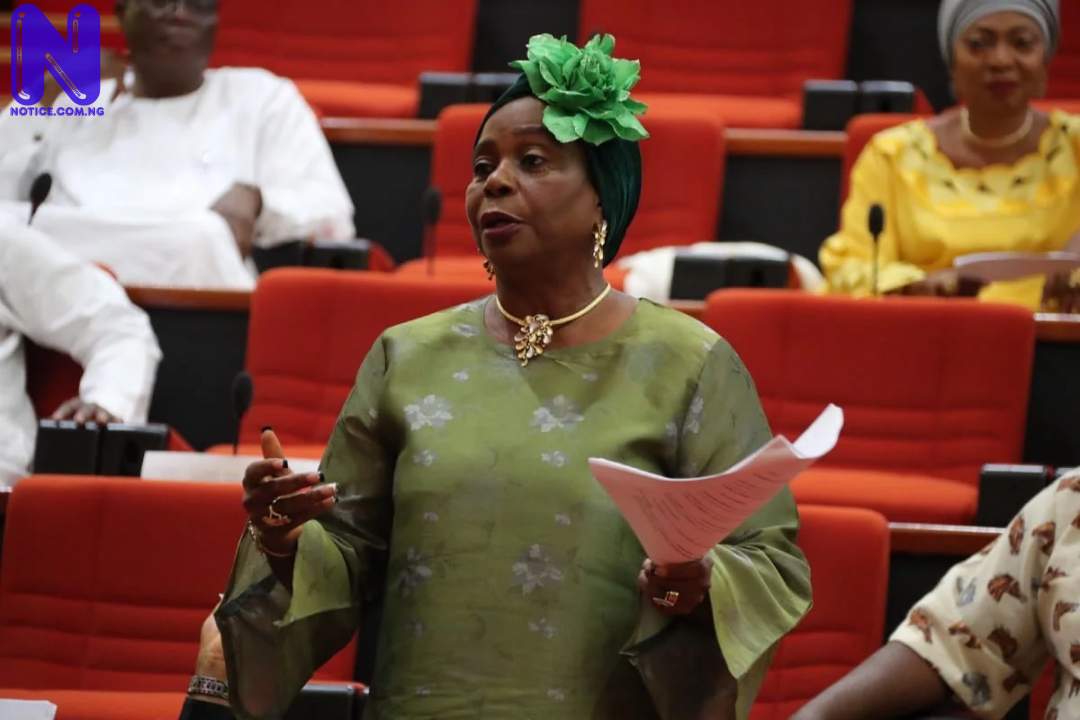 Ex-Minority Leader and Senator representing Ekiti South Senatorial District at the Senate, Mrs Biodun Olujimi, has bemoaned how Nigerian People were being trafficked abroad for prostitution, slavery and for other nefarious crimes, calling on the federal government to devise ways of saving the country from this global ignominy.
Olujimi said thousands of Nigerian People are still trapped in Europe, Asia and other continents despite the efforts of the federal government through its agencies like: National Agency for the Prohibition of Trafficking in Persons (NAPTIP) and the Nigerian People in Diaspora Commission (NiDCOM).
The Peoples Democratic Party Chieftain called for a more holistic approach towards reducing the incidence of human trafficking, expressing support for the national effort towards tackling trafficking in persons, particularly women and children by President Muhammadu Buhari’s government.
Speaking with journalists, on Sunday, in respect of the global action against trafficking in persons held on July 30, Olujimi said: “Our youth, especially females, are still being lured by false and unrealistic promises to make the dangerous journeys to Europe, North Africa and the Middle East, where they are subjected to gender-based violence and other forms of inhumane treatment.
“Many of our unemployed youths leave Nigeria and risk their lives to seek greener pastures in these countries, but most end up in exploitative and slavish situations.”
The Federal lawmaker added that the UN has highlighted the importance of anti-trafficking exploits of government and the need to seek justice for victims of these crimes to reduce the perpetration of the horrendous act.
“We are aware that Nigeria is routinely listed as one of the countries with the largest number of trafficking victims especially to Europe through Libya and the Mediterranean with many of our young ones especially women been identified in over 30 countries in one official report, while many lost their lives during the crossing of sea and desert.”
Olujimi added that some of the agencies masquerading as travel agencies for overseas job seekers do not mean well for those they recruit, especially the female folks.
“I believe that through education and training programmes in relevant skills-including offering non-traditional training opportunities to female victims, will offer hope and conviction to our youth to stay in their country home”.