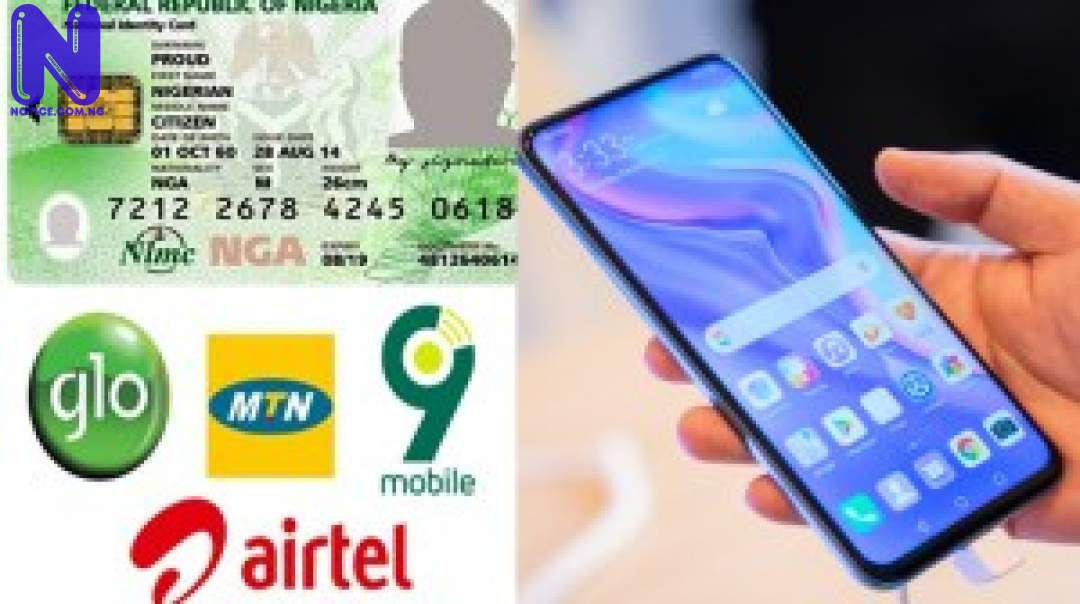 It had been reported that the Nigerian Communications Commission (NCC) mandated telcos in the country to block all SIM cards that are not registered with NIN within 2 weeks.
This means that failure of the subscribers to update their registration records with operators with NIN will lead to the blocking or disconnection of the line by December 31, 2020, though there has been a huge public outcry about the sudden announcement of the policy and short time frame to implement it.
Nigerian telecommunication service providers have announced simple steps that subscribers can take to link their phone numbers with their National Identity Number (NIN).
The Nigerian Identity Management Commission (NIMC) has also directed that subscribers can link their NIN to more than one sim card. This can be done by taking their NIN to the office of their service providers.
The commission warned the general public to beware of fraudsters and scammers who are on the prowl to swindle unsuspecting people.
NIMC said that Nigerians already enrolled in the NIMC scheme but have lost their NIN should dial *346# to retrieve the NIN. It also said that USSD code is available on MTN, Airtel, Glo and 9mobile.
However, some Nigerians who have the NIN are still unsure how to go about linking their phone numbers to the 11-digit number.
Here are the few steps to link your phone number with your NIN across the major networks at the comfort of your home or office.

To link your NIN, simply dial *785# using the phone number you wish to link, enter your NIN and submit or;

Dial *785#Your NIN# from the phone number you wish to link. The number will be linked to your NIN automatically.

Submit the form as soon as you’re done and wait for feedback from the network.

Subscribers are to text “UPDATENIN followed by the NIN First Name Last Name” to 109 or simply visit the nearest Globacom office to register/link their NIN.
Alternatively, visit https://www.gloworld.com/ng/nin/ using your phone or computer.

To link your NIN to your Airtel phone number, follow the steps below:

Type 1 for “NIN Capture” and send.

Enter your 11-digit NIN and send.

Wait for the message confirming your submission.

9mobile said it is making effort to develop a system that would make things simple for its customers. You can check your NIN status by dialling *346# from your 9mobile line.
Alternatively, visit https://9mobile.com.ng/nin/ using your phone or computer.