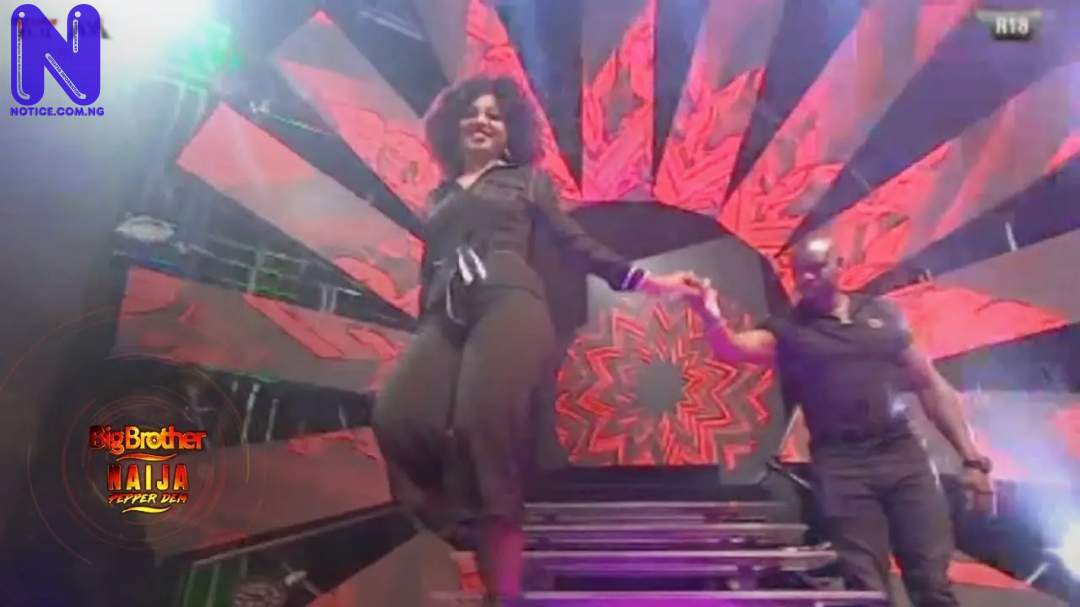 Nigerian People on social media, on Sunday reacted to the eviction of BBNaija housemates, Esther and SirDee from the reality show.

Esther and SirDee were evicted during Sunday live BBNaija eviction.

Press had reported that Frodd, Esther, Tacha, Cindy, Sir Dee, and Venita were up for possible eviction this week.

@hadegreat20, “Jackie and Esther leaving d bbh at this stage is a clear indication that Nigerian People value nonentity than intellectuals.”

@zaddy_nomso, “Esther is Evicted, I repeat Esther the Bitter Leaf is Evicted. We feasting.”

@I_pissvodka, “Esther is out! I repeat Esther is out!! Gather here with your buckets, Frodd is about to release.”

@prince_Chris, “This has to be the most awaited EVICTION in BBN history.The entire continent is popping champagne Esther bye bye.”

@thisisnimi, “Esther % should be 0.01 maybe that’s why biggie is angry. they didn’t even waste time to cross her face and tell her to leave the house #BBNaija.”

@12thofjune, “This one voters are separating lovers like this i don’t understand o. First – Gedoni from Khaffi now Esther from Frodd. Mercy hold your Ike well.”

@idyerez_”Esther’s eviction is a big win for frodd no washing of pants.”

@Thandi_Zuma, “Esther was using Frodd only to find that she’s playing herself #BBNaija.”

@adonai, “Sir Dee had somuch potential but wasted his time hiding from the camera & playing safe. Spoilt his own game & was boring. Wont be missed.”

@Sleekdaisy, “Sir Dee is evicted! I wish you all the best in your future endeavors #BBNaija.”

@Ehi_md, “Enigma and Legends will be dissolved tonight as the legend has lost 2 players.”

@dee_accessories, “I kuku saw Sir Dee going home. Man is boring abeg he doesn’t do anything extraordinary in the house.”

@atl_adunni, “Same Sir Dee that Esther predicted to win the Big Brother is getting evicted. I’m sure she predicted she’ll win it too.”