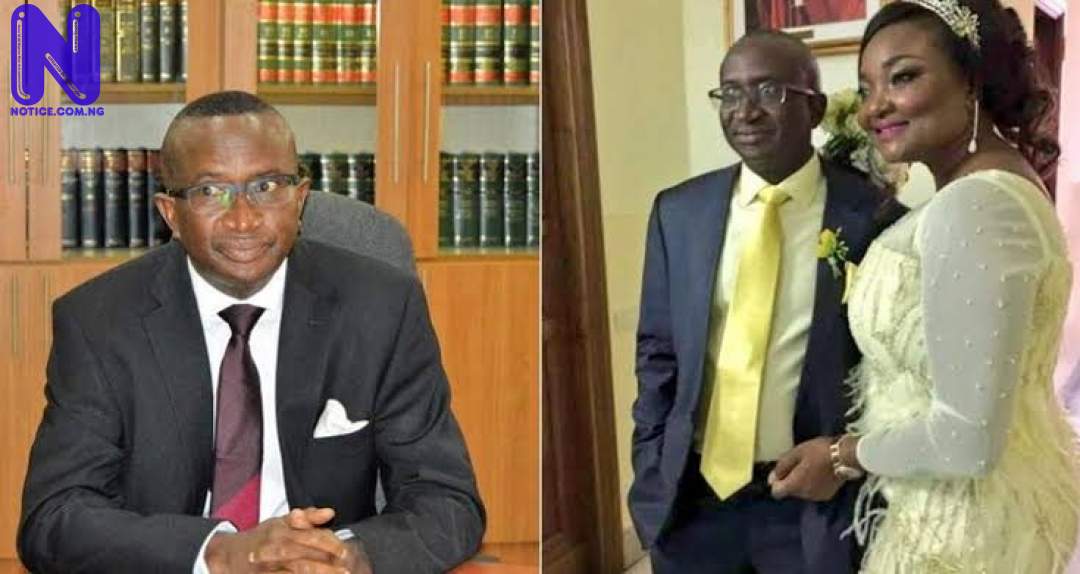 Fatal road accident, which occurred in Ondo State on Friday, claimed the life of the wife of the Ex-Senate Leader, Senator Ndoma Egba.
Egba’s wife, identified as Amaka, alongside seven others lost their lives in the accident which involved four vehicles with about eight people injured.
According to sources, the vehicles involved in the crash were a commercial Toyota Avensis, a Honda car, a truck and a Toyota coaster belonging to the Sports Centre of the Adekunle Ajasin University, Akungba Akoko, AAUA.
The accident was said to have occurred near the military checkpoint along Ore-Okitipupa Road in Odigbo Local Government area of Ondo State.
It was gathered that the late wife of the Ex-Senate Leader, was being conveyed in a Toyota Coaster bus, belonging to the Sports Centre of the Adekunle Ajasin University, Akungba, Akoko from Benin to Igbokoda, in Ilaje Local Government area of the state.
The occupants of the ill-fated bus, As stated by one of the sources, were on their way to a burial programme at Igbokoda.
It was gathered that the truck first hit the two cars before crushing the coaster bus into the bush.
Four persons including Amaka, were said to have died in the bus while three others died in the two cars that were first hit by the truck.
Confirming the accident, the Sector Commander of the Federal Road Safety Corps (FRSC), Ondo State, Mr Ahmed Hassan,confirmed the accident.
The Sectors Commander, in spite of that, said that only four persons, three females and a male died in the accident.
He also disclosed that eight other persons were critically injured and taken to Pima Hospital, Ore for treatment.
Also speaking, the Head of Public Relations, Media and Protocol of AAUA, Mr. Victor Akinpelumi, said the only information he had, was that a Coaster bus of the institution, on official assignment, was involved in an accident.