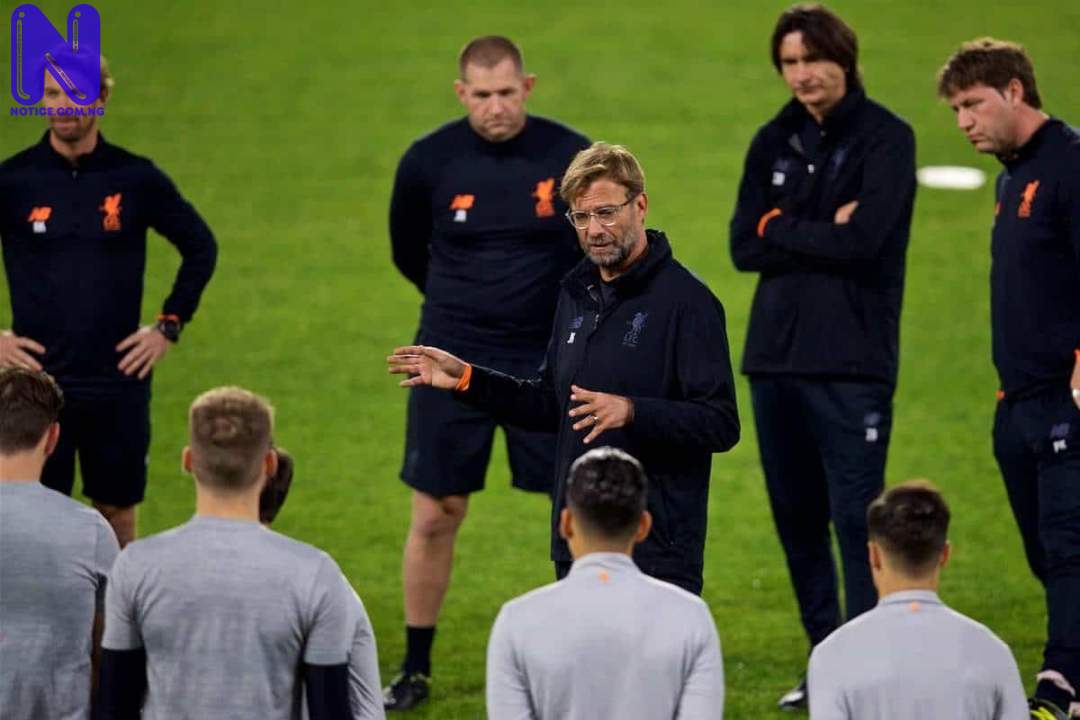 The English Champions, Liverpool will face a tricky test against Premier League leaders, Everton in a Merseyside Derby.
Liverpool will be aiming to return to form after their worst ever Premier League defeat and one of the most embarrassing results in their football history. They were hammered 7-2 by Aston Villa the last time they took to the pitch.
Liverpool will take on an Everton side sitting top of the log with a perfect run of four flamboyant victories from four already in the campaign.
Although, it will be exactly 10 years to the day on Saturday when Everton last won a Mersey side derby against Liverpool.
Here Press takes a look at how Jurgen Klopp could line up his side for the mouth-watering encounter on Saturday.
Absent: Alisson Becker (shoulder), Alex Oxlade-Chamberlain (knee).
Possible: Thiago Alcantara (Corona Virus), Sadio Mane (Corona Virus), Naby Keita (coronavirus) Joel Matip (muscle), Xherdan Shaqiri (coronavirus) Kostas Tsimikas (thigh).
The Reds would be without Brazilian shot-stopper Alisson Becker for the Everton duel. And this would mean that Adrian will be expected to start between the sticks for Liverpool.
The Spanish goalkeeper has been duly criticized for another howler against Aston Villa says a lapse which profited the Londoners opening goal and set the swing for the match going forward as the Liverpool second choice goalie conceded seven goals.
There are reports that German boss, Klopp could bring in a replacement from the EFL Championship or a free agent has come to nothing.

He is believed to regard Adrian as a better option than third-choice goalkeeper, Caoimhin Kelleher.
Liverpool is boosted by the return to action of Thiago Alcantara and Senegal forward Sadio Mane. The duo is now back to training after recovering from the coronavirus.
Xherdan Shaqiri and Naby Keita was the third and fourth player from Liverpool side to test positive for COVID-19 during the international break.
Thiago will be set to make his full debut for Liverpool, and there will be plenty of anticipation as to where he takes up on the pitch.
He often played as a defensive midfielder at Bayern Munich to pull the strings from the deep position, but also had a player alongside him in the system.
And so Klopp may choose to use him further forward to keep the added defensive shield of Fabinho.
Liverpool skipper Jordan Henderson is expected to start after returning from injury for England during the international break.
But despite letting in seven goals against Aston Villa there are unlikely to be any changes in defence.
Joel Matip is available for selection after an injury should Jurgen Klopp shake up things in the team, with Joe Gomez’s position looking like the most in danger.
It could be a special occasion for Egypt Superstar, Mohamed Salah who could get his 100 Liverpool goal in his 159th game for the club despite not playing in a number 9 position.
If he achieves that, then he will be the 17th player to reach a century of goals for Liverpool Football Club. While being the third fastest to do soon by behind Roger Hunt and Jack Parkinson.
Adrian; Trent Alexander-Arnold, Joe Gomez, Virgil Van Dijk, Andrew Robertson; Fabinho, Jordan Henderson, Thiago Alcantara; Mohamed Salah, Robert Firmino, Sadio Mane are all expected to be in the line-up.