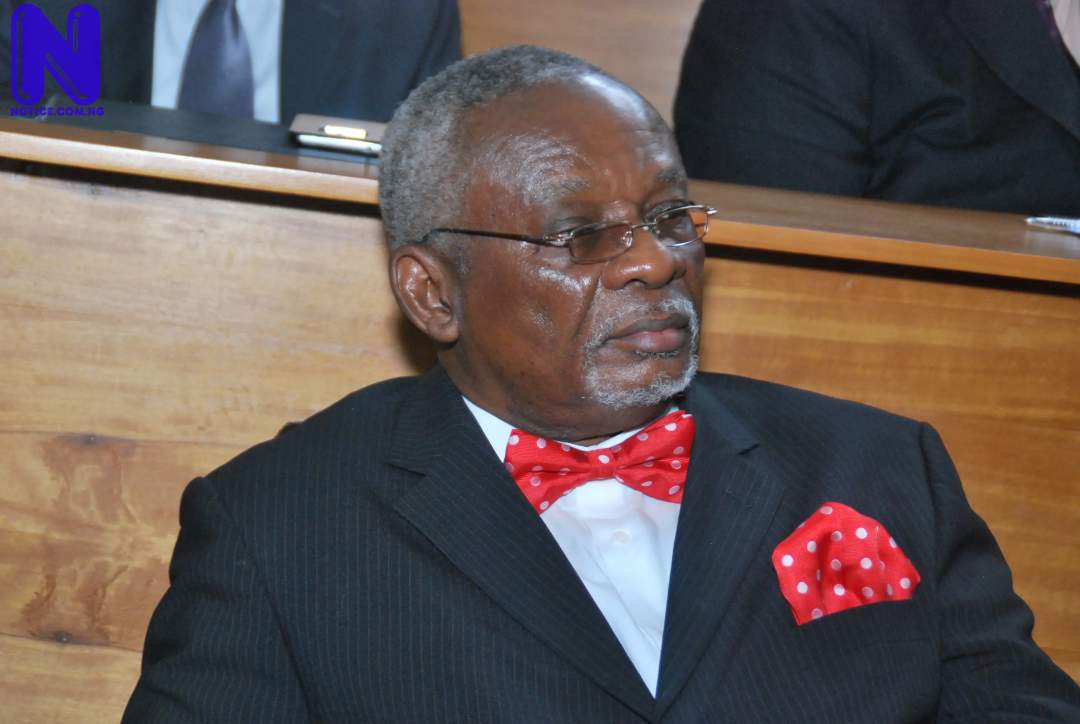 The Chief Judge of Cross River State, Justice Michael Edem has revealed how his official quarters were seized from him by the Governor, Prof Ben Ayade.

Speaking at the formal opening of the 2019/2020 legal year in Calabar, Cross River State, Justice Edem lamented the seizure of his official residence by the state government.

“The fact of the matter is that during the last Green Carnival programme of the state, the Governor called for the keys to accommodate two Governors since the available government guest houses were not in a position to accommodate them.

“I was told that for security reasons, the Governors would not be accommodated with my staff. (Who were living in the back house). So they would have to move out of the quarters. sincerely believing that it was a mere palliative or a temporary measure, I conceded.”

“Fortunately the event had since come and gone and I have written to His Excellency to surrender the keys and by extension the property back to me for the use of the premises in the opening of the legal year and my forthcoming November retirement events.

“Besides, I had clearly spelt out in the letter that ‘….it shall be my duty to surrender the keys and by extension the property to my successor’. I still await his reaction. “If that is what is meant by ceding and forceful ejection, then words cede and eject cry to the high heavens for a redefinition. I am much at home with the legal decree that I cannot give out or cede what I have not.”

The Chief Judge who also spoke on other issues including the delay by the Governor, Professor Ben Ayade in swearing in two new judges screened and confirmed by the National Judiciary Council, as well who would succeed him as he retires from service next month said, “The Chairman of the Bar and some of her resourceful senior members had confronted me on the issue and even in writing, querying both the status of the Chief Judge’s quarters and the rumour of succession.

“I cannot and will not as a commander of the law stand the constitution on the head to rape it against the sword of the nihilism of the NJC, and I will cite the constitutional provisions in section 271 (4) which says, “….the Governor of the state shall appoint the most senior Judge of the High Court….’

On the issue of the judges awaiting swearing-in, the Chief Judge said, “It is worrisome to note that in the outgone year, two judges were appointed and approved by the National Judicial Council for swearing-in, regrettably, this has since become a distant drums at the instance of His Excellency, the Governor who has refused to swear them in.

“I sue for the lifting of the swearing-in embargo forthwith. Otherwise, we stand to miss the two slots plus three already given to us for 2019. The self-induced catastrophe can be unimaginably conflagrating.”

The chairmen of three Bar branches of the Nigeria Bar Association in the state, all showed solidarity with the state chief judge in calling for the concerns of the judiciary in the state to be addressed without undue interference from the state executive branch.

Mba Ukweni SAN, Etung Eteng, Esq and many other senior lawyers maintained that, “There is undue interference by the executive in the affairs of the judiciary. We have to be resolute and firm if not, it will not augur well for the judiciary”.

The Governor, Sen. Ben Ayade did not attend the special court session to mark the opening of the legal year. He was only represented in the church service by the state deputy governor, Professor Ivara Esu who used the occasion to appeal for continuous cooperation with the executive by the judiciary.

In the absence of a sitting Attorney General in that state, the Solicitor General and Permanent Secretary in the state ministry of Justice represented the government at the special court session.

Press gathered that the Chief Judge had been living in his private residence in the last two years since he assumed office on June 2019.