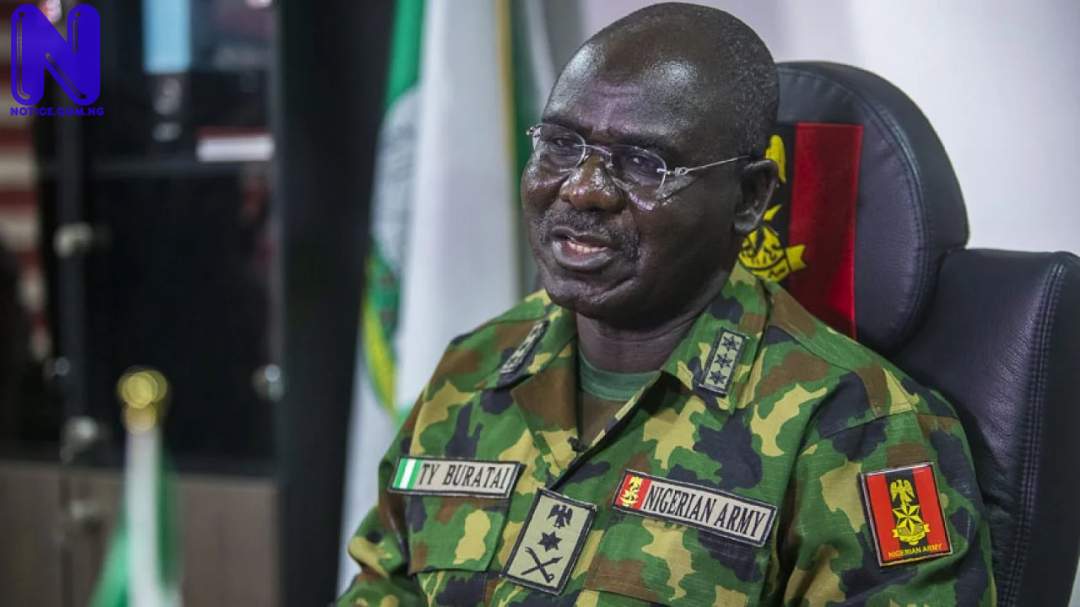 Chief of Army Staff, Lt. Gen. Tukur Buratai, has revealed how his deputy, Lt. Gen. Lamidi Adeosun, Army Chief of Policy and Plans (Army), saved his life during an ambush.
He recalled that the ambush occurred in 2015 in the North-East.
The Army head spoke in Kuta, Osun State, during the inauguration of a bridge named after him.
It was constructed by the Nigeria Army Engineering Construct Regiment, Ede.
He noted that on his appointment as the Chief of Army Staff, he met Adeosun, an indigene of Asamu in Osun, rejigging the military arm.
“When I had the first ambush, he was with me in the vehicle. It was on September 18, 2015 and I can see the courage he exhibited. He was able to mobilize the troops to counter the bandits, the terrorists out of the way. So his elevation is not new to me. He deserves it.”
Buratai hailed the Olowu of Kuta, Oba Adekunle Oyelude, for his support for the Nigerian Army.
The COAS added that the army was determined to be responsive and professional in the discharge of its constitutional duties.