How faeces chased teachers, pupils out of school in Ibadan (PHOTOS) 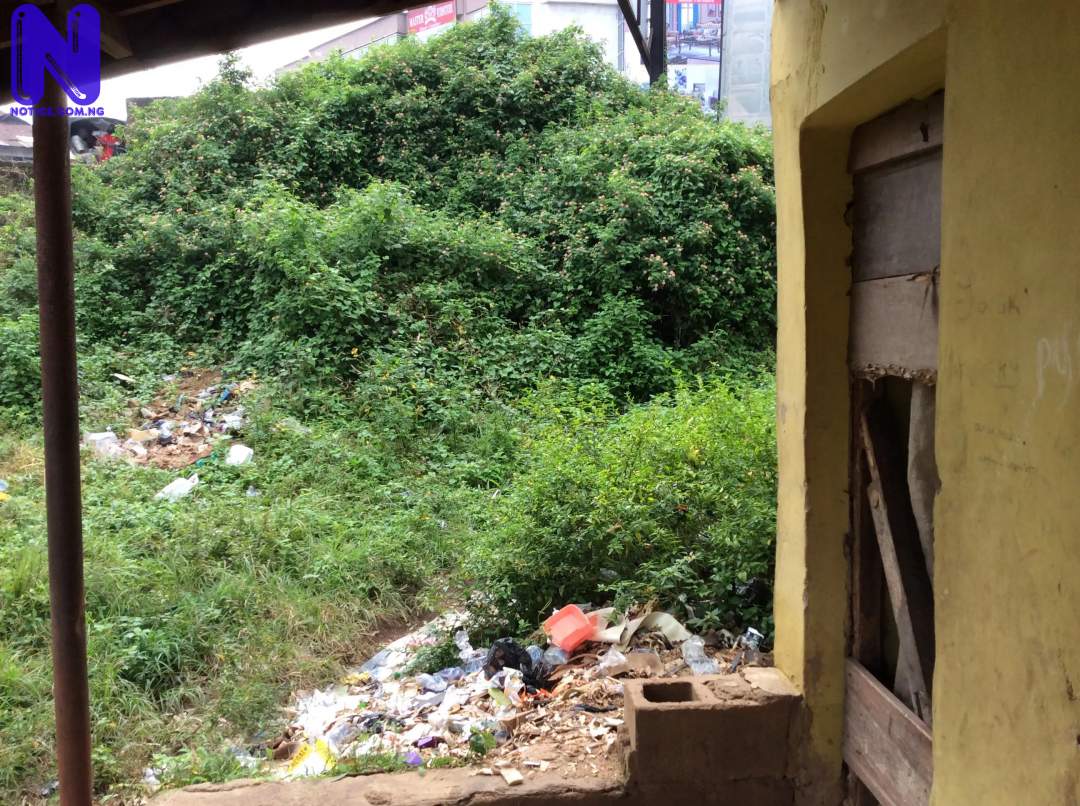 Teachers and pupils in one of the primary schools in Ibadan, the Oyo state capital, Ibadan Municipal Primary School, Mokola, have abandoned six out of the thirteen buildings in the school.

Press gathered from the teachers that they had no other option than to abandon the buildings because of incessant defecation by some unknown residents around the school.

Our correspondent gathered on Thursday that the school which accommodates four other schools in its compound, is predominantly attended by the pupils from Sabo.

The school is located within Ibadan North local government area of the state.

Our correspondent who visited the school reports that doors, windows and structures in the school are dilapidated, while bushes have grown around major classrooms in the school.

One of the teachers of the school who spoke in confidence with our correspondent, insisted that open defecation in the classrooms after work hours chased them out of some classes.

He said, “My brother, I am tired of this school. If you notice, our pupils are just bringing table and chairs from the main hall. If we leave our chairs in the class, they will destroy it or even take it away before the following day.

“The most painful thing is that the pupils are not willing to come to school.

“Many a time, we go to their houses to look for them. You cannot believe that this is happening in the heart of Ibadan where we have elites.

“As you are looking at the new structure up there, they have messed up its front and back with faeces. For the past few years now, government has not completed the building for usage. We are doomed in Nigeria.

“We have just five teachers in this school. We don’t have enough chairs and table, as you can see the pupils sitting on the floor.”

in spite of that, all efforts made by Press to get the reactions of the Executive Chairman, Oyo State Universal Basic Education Board, Dr. Nureni Adeniran failed as calls put through his telephone line were not attended to.

Also, messages sent to Mr. Adeniran on Friday asking him to react to the development have not been replied as of the time of filing this report.