How Erica treated me after her disqualification says Kiddwaya’s father, Terry Waya - BBNaija 2020 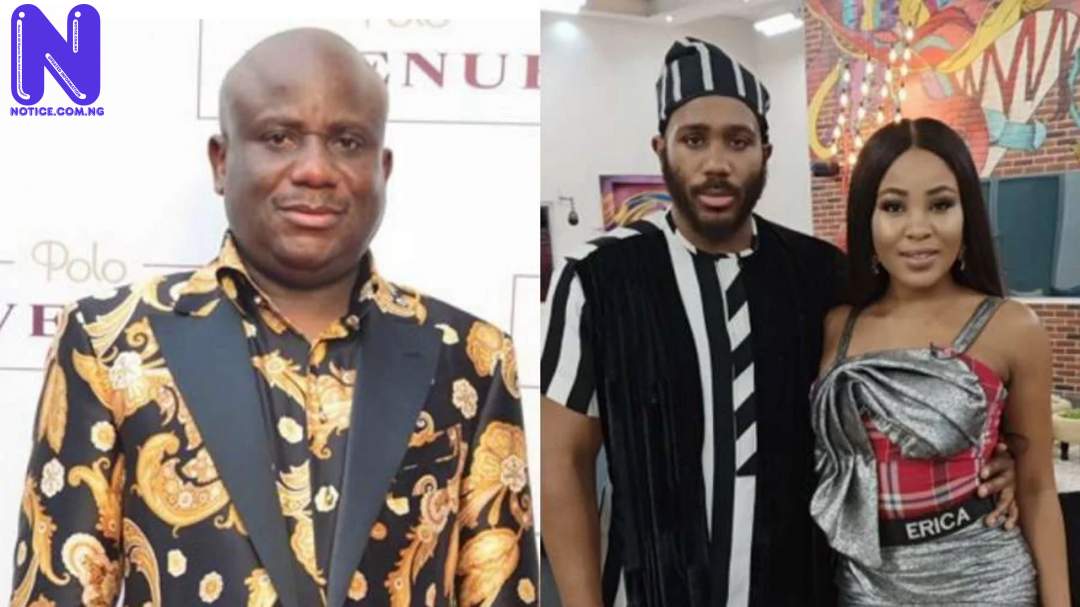 Terry Waya, the father of Big Brother Naija, BBNaija housemate, Kiddwaya, has revealed that Ex-housemate, Erica, has refused to pick his calls.
The billionaire father of BBNaija housemate also disclosed that Erica has refused to respond to text messages he sent to her.
He disclosed this during an interview with BBC Africa Pidgin.
Waya, in spite of that, said Kiddwaya’s elder brother has been in touch with Erica, which he said was gratifying.
He said: “I con send message to her to tell her to take am easy, that it is not the end of the world because since she left she has not been taking calls, so I sent her a text message to calm down and Kiddwaya’s senior brother is talking to her, so that is not a problem.
“At least she con show my son love for there, so personally I don’t have a problem with her”(sic).
Recall that Erica was disqualified from the reality television show after repeatedly flouting house rules.
Recall that Terry Waya had disclosed that his son does not need to prize money.
He had also promised to share the money with Erica if Kiddwaya wins the BBNaija show.