How 70 children died in Bauchi between January, July due to severe acute malnutrition 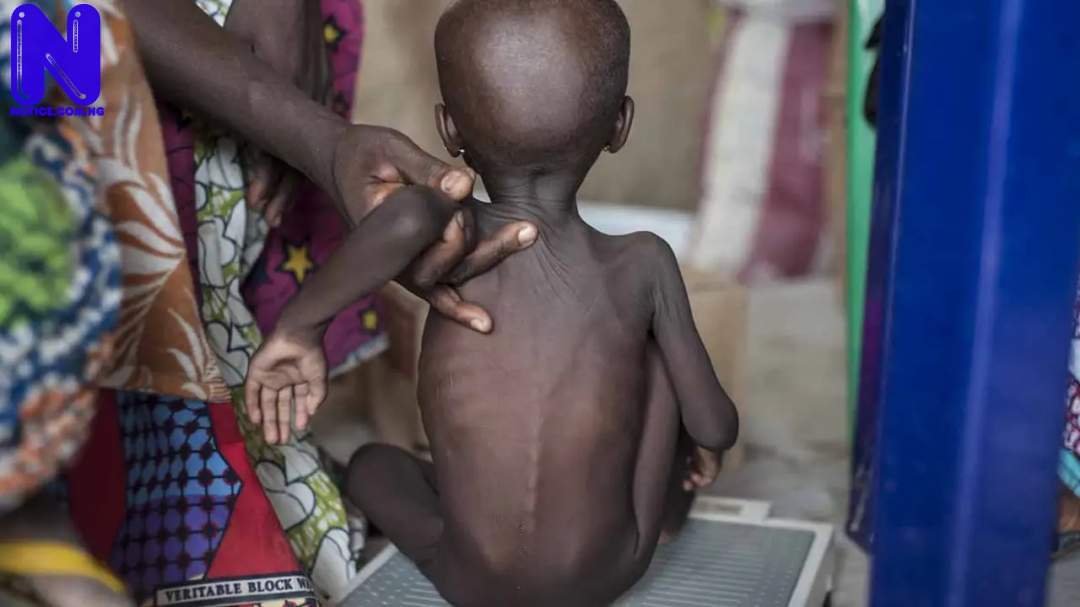 Investigation has revealed that not fewer than 70 children suffering from Severe Acute Malnutrition (SAM) have died in Bauchi State between January and July, 2019.

The investigation carried out by Press revealed that the death was caused by lack of Ready to Use Therapeutic Food (RUTF) normally given to children that are suffering from severe acute malnutrition.

Further investigation revealed that between the period, a total of 14,020 children diagnosed of SAM and placed on admission, out of which number, a total of 10,359 were cured while 249 are yet to recover and defaulters for clinical attendance were put at 589.

It was also discovered that the state has been out-of-stock for RUTF for four months now during which period a total of 22 children have died.

Press visited some of CMAM centers across the state, and it was discovered that all the clients were turned back due to non-availability of the RUTF thereby leaving the victims at the mercy of God’s divine intervention.

Though all the parents saw at the CMAM Centers were troubled, but the most pathetic is that of Hassan Muhammad of Wabu Village, in Gamawa Local Government Area of Bauchi State who is dying gradually and needs urgent medical assistance in order to save his life having been ravaged by Severe Acute Malnutrition.

The father of the child, Muhammad Sani Rabo? is? therefore soliciting for the prompt and urgent assistance and support of Bauchi State Government and other well meaning members of the general public for the cure of his malnourished child who is likely to die anytime soon from what looks like Severe Acute Malnutrition ( SAM) .

The visibly worried father of the twins, Hassan and Hussein said that, Hassan Muhammad has been diagnosed of malnutrition at Wabu health care facility, but lamented that the sickness has persisted and is gradually killing his child.

He said in an emotional tone that, “We have been receiving treatment and attending the maternity without knowing the actual disease our child is suffering from.

Mohammed Rabo further said that the toddler is in dire need of urgent medical attention to have his life saved, adding that he was constrained by lack of money to foot the medical bills as well as the preparation of local supplements in place of the RUTF which is out of stock in the state at the moment.

On her own, the mother of the child, Aisha, fondly addressed as Hajja also said that their biggest concern was the inability of the health care facility to properly diagnose the ailment that the child is suffering from aside the SAM which is visibly seen in him, lamenting that, “We are blind as far as his sickness is concerned, we don’t know what is responsible, so could not do anything now”.

While reacting to the predicament of the parents and their sick child, Hajiya Altine, the health personnel in-charge of Wabu maternity in Gamawa LGA of Bauchi state? said? that, “even the mother of the sick baby lacked balanced diet that can translate into healthy breast milk? to feed the twins, especially the one hit by severe acute malnutrition”.

As stated by her, “since birth, the child has been battling with diarrhoea, malaria and a yet to be identified disease.”

Hajiya Altine, who expressed concern over the health situation of the child, said that the poor financial status of the parents has also hindered them from transferring the case to another hospital saying, “Whenever we try asking them to go to general hospital for further checks, their response has always been, they don’t have money to do that”.

Hajiya Altine added that, “we have made series of efforts to refer the case to the Federal Medical Center Azare, but the poor financial condition of the parents of the baby has always been a hindrance as they have no access to some of the medications prescribed by the doctor.”

Press also reports? that, the out-of-stock of Ready to Use Therapeutic Food (RUTF)? used for effective? cure of SAM,? being experienced in all the CMAM centers across the state may have aggravated the severity of little Hassan’s ailment.

When contacted on the development, the Chief Nutrition Officer, Hamza Sade lamented that RUTF has been out of stock in the state for the past four months due to the withdrawal of the supply of the stuff by the international development partners.

He also lamented that most of the parents of the SAM victims do not have a stable means of livelihood thereby making it very difficult for them to be able to source for the local substances needed to replace the RUTF.

Comment by:TISAO - 2019-08-30 , 03:05:52pm
I am sure this post has touched all the internet people, its really really good article on building up new weblog. I have been surfing online more than three hours today, yet I never found any interesting article like yours. It is pretty worth enough for me. In my view, if all site owners and bloggers made good content as you did, the internet will be a lot more useful than ever before. I couldn't resist commenting. Exceptionally well written! http://vans.com
like:0
dislike:0
relevance:0