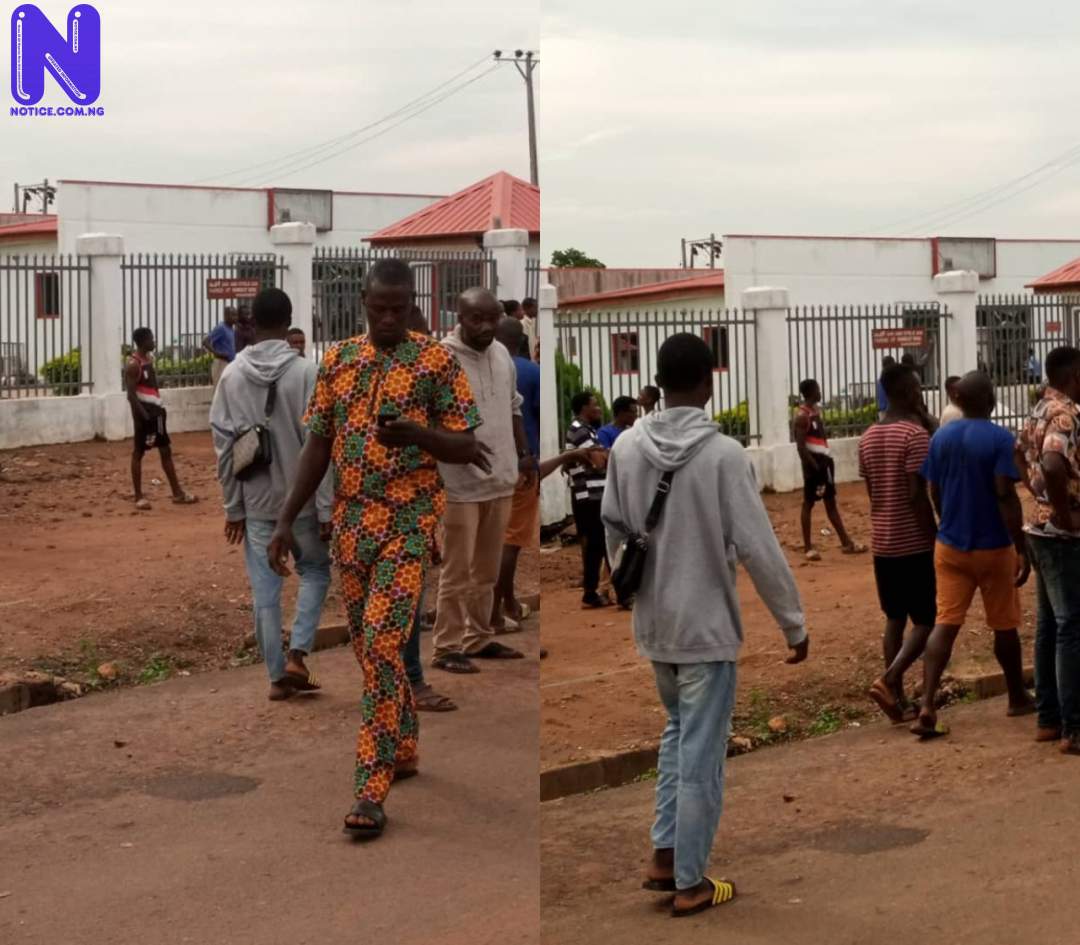 Residents of Ilara-Mokin, Ifedore Local Government Area of Ondo State have described the robbery attack in the community on Thursday which left three people dead as a huge catastrophe on the people.

Still engulfed in apprehension 24 hours after the incident, the community has begun to count its losses.

Dare-devil armed robbers, numbering 15 had on Thursday laid siege on the community as they attacked a branch of the United Bank for Africa, UBA in a Rambo-style operation.

Recounting how the attack took place when Press visited the community, some of the residents said the robbers announced their arrival with sporadic gunshots and detonation of explosives which led to the fleeing of the locals into the bush.

According to the residents, the 15 robbers arrived at the bank on foot after placing themselves at strategic locations in the community.

The robbers were said to have first attacked and shot some policemen stationed at the bank but sitting under a tree at the time.

The policemen were said to have taken to their heels but one of them was not lucky as he ran into a nearby building for safety, after which the robbers threw dynamites into the building and blew him to pieces.

The bank had in 2008 suffered a similar attack and a policeman was also killed.

It was believed that the bank had earlier received some cash but the robbers became infuriated upon discovering only N2m in the bank’s vault.

One of the residents, Thomas Ijogo, who lived opposite the bank, said he had thought herdsmen were the ones firing the shots in the community due to the magnitude of the gunshots.

After the robbers had escaped from the scene, youths of the community were said to have been angered by the development as they mobilised to set the police station in the area ablaze.

They were, in spite of that, said to have been prevailed upon by elders in the community but they had already vandalised the police station for not responding to distress calls.

Other witnesses said one of those killed during the attack, a journalist and PRO of Elizade University, Bunmi Afuye. He was shot by the robbers after he unknowingly drove into their operation.

“We waved at him to stop but he didn’t listen. He had an earpiece on his ears and had his cars windows were rolled up. He drove into the robbers and they shot him in the head” he narrated.