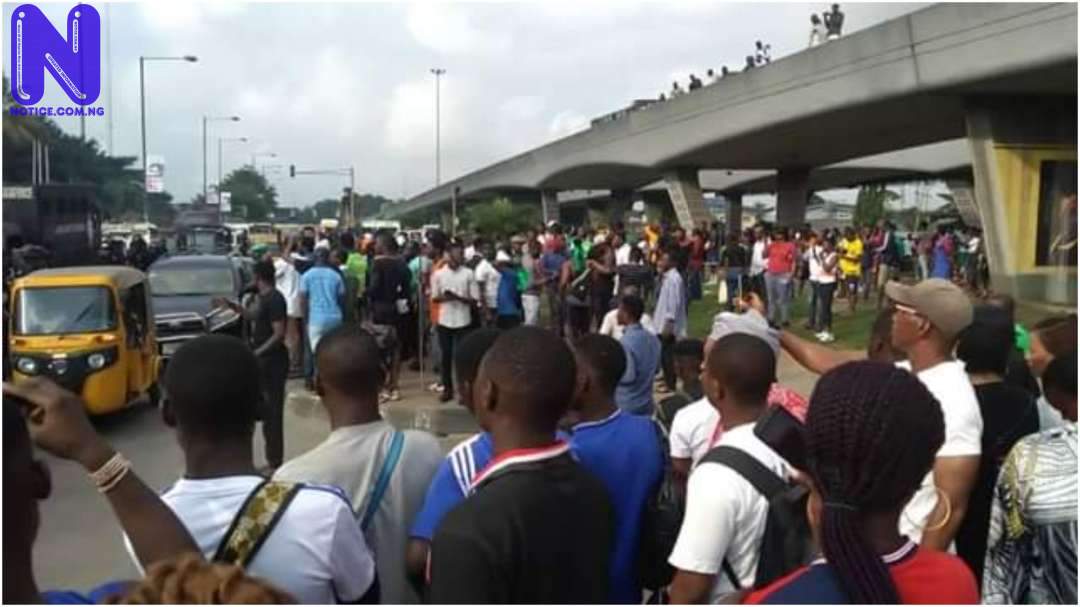 Though, the protest, considered as being peaceful by the Police Commissioner, Mr. Asuquo Amba, was said to have been hijacked by hoodlums.

Some hoodlums on Tuesday afternoon allegedly hijacked the protest by students of FUOYE and allegedly attacked the convoy of the First Lady of the state, who was returning from a tour of some Local Government Areas of the state dishing out empowerment to the indigenes and residents.

It was gathered that the hoodlums went on rampage around afternoon a few hours after the students , who had protested against incessant power outage and called on Federal Government to assist them, had dispersed.

The hoodlums were said to have engaged the security operatives in violent clashes and allegedly vandalized vehicles in the convoy of the First lady, Mrs. Bisi Fayemi.

Students of FUOYE had gathered as early as 6:39 am on Tuesday in front of the gates of the twin campuses of the institution in Oye and Ikole respectively.

They had simply called on Thursday Federal government to ensure that there is the body saddled with providing power to the campuses did their job and phase out incessant power outage on the campuses.

It was gathered that the students dispersed after a few hours and normalcy had returned on the campuses and their environs.

But some miscreants later allegedly regrouped to take advantage of the occasion to unleash violence on innocent people.

Ikechukwu explained that the students protested in the morning and blocked the Ifaki-Ikole-Omuo highway and prevented free flow of vehicles.

“The students did not allow vehicles to move freely and they vandalised the property of Benin Electricity Distribution Company .

“When police went there to dialogue with them, they resisted them. And the wife of the governor who went on local government tour ran into the barricade mounted on the road.

“We want to warn that the command won’t tolerate hooliganism under any guise. We want to assure the public that the police are on top of the situation and our people must go about their normal businesses.”