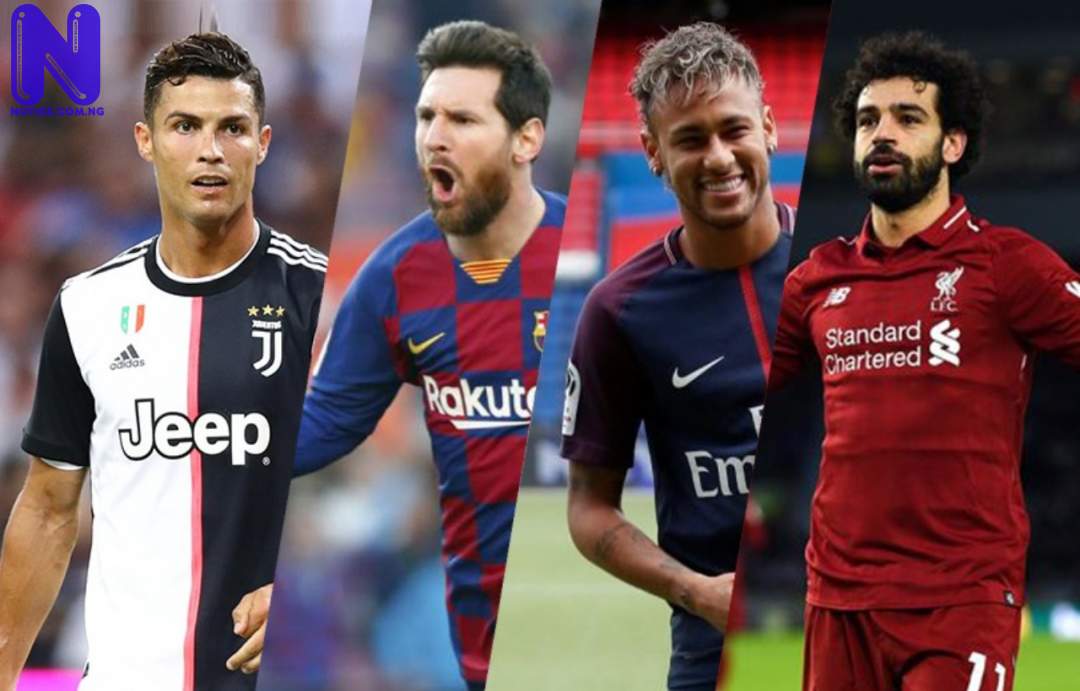 Juventus forward, Cristiano Ronaldo has been named the highest-paid footballer in the world, As stated by the latest Forbes ranking as reported by Mirror UK on Saturday.
Ronaldo claimed the number one position with £85.8m in total earnings, both endorsements and salary.
The Portugal international is ahead of Barcelona captain, Lionel Messi, who has £83.4m in total earnings both endorsement and salary.
Behind Ronaldo and Messi is Paris Saint-Germain forward Neymar, who has a total earnings of £76.6m.
Liverpool ace, Mohamed Salah is in the fourth position with total earnings of £28.2m million.
Neymar’s club teammate, Kylian Mbappe, sits in the fifth position with total earnings of £27.1m.
Rounding out the list are Vissel Kobe’s Andres Iniesta (£23.7m), Arsenal’s Mesut Ozil (£23m), Manchester United’s Paul Pogba (£22.8m), Shanghai SIPG’s Oscar (£22m) and Barcelona’s Antoine Griezmann (£21.4m).