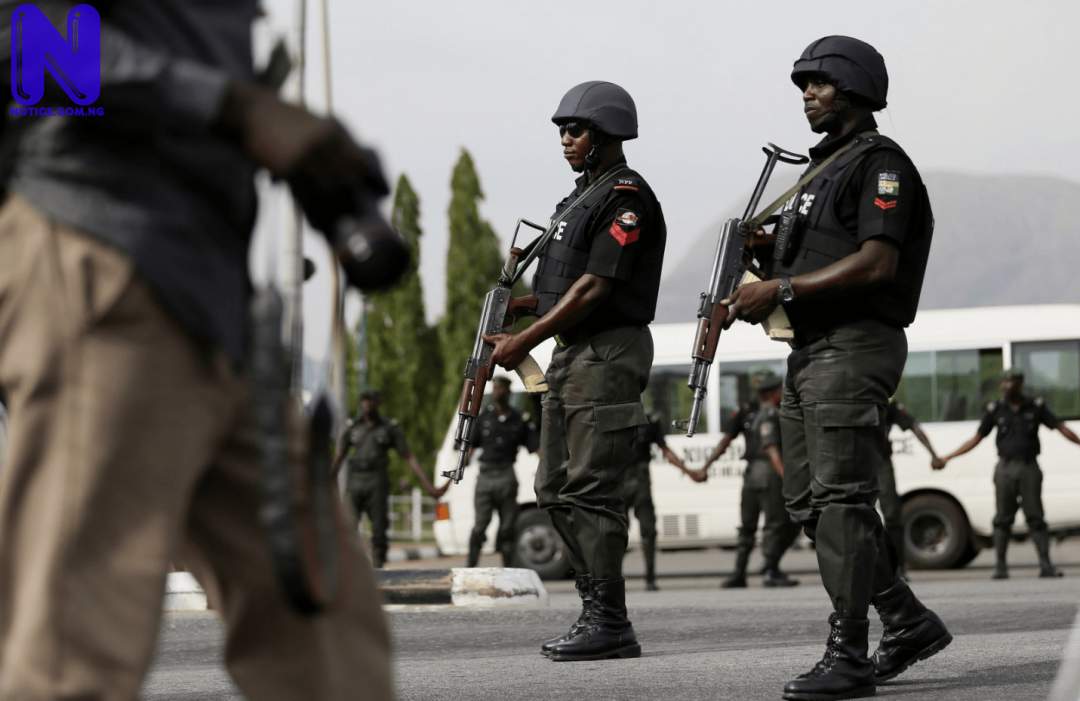 There is a heavy presence of various security personnel at the Presidential Wing, Murtala Muhammed Airport, Lagos, as President Muhammadu Buhari is expected in the state.

NAN reports that the President will be in Lagos from Jan. 23. to Jan. 24 to inaugurate several projects.

He is expected to inaugurate the Lekki Deep Sea Port, a Public-Private Partnership (PPP) venture between the Federal and Lagos State governments and a private company called Tolaram.

The president is also expected to inaugurate the 32-metric tons per-hour Lagos Rice Mill, one of the largest in the world, and the 18.75-kilometre, six-lane rigid-pavement Eleko Junction to Epe Expressway.

He is expected to inaugurate the first phase of the iconic Blue Line and the John Randle Centre for Yoruba Culture and History.

Security personnel from the Army, Navy, the Nigeria Security and Civil Defence Corps (NSCDC), Police, and Air Force, among several others, were at strategic locations at the presidential wing awaiting the president’s arrival.

Personnel from the Lagos State Emergency Management Agency (LASEMA) and Lagos State Fire and Rescue Service were also at the venue.

Traffic wardens were also observed at the roundabout and expressway near the presidential wing of the airport, ensuring the free flow of traffic around the axis.