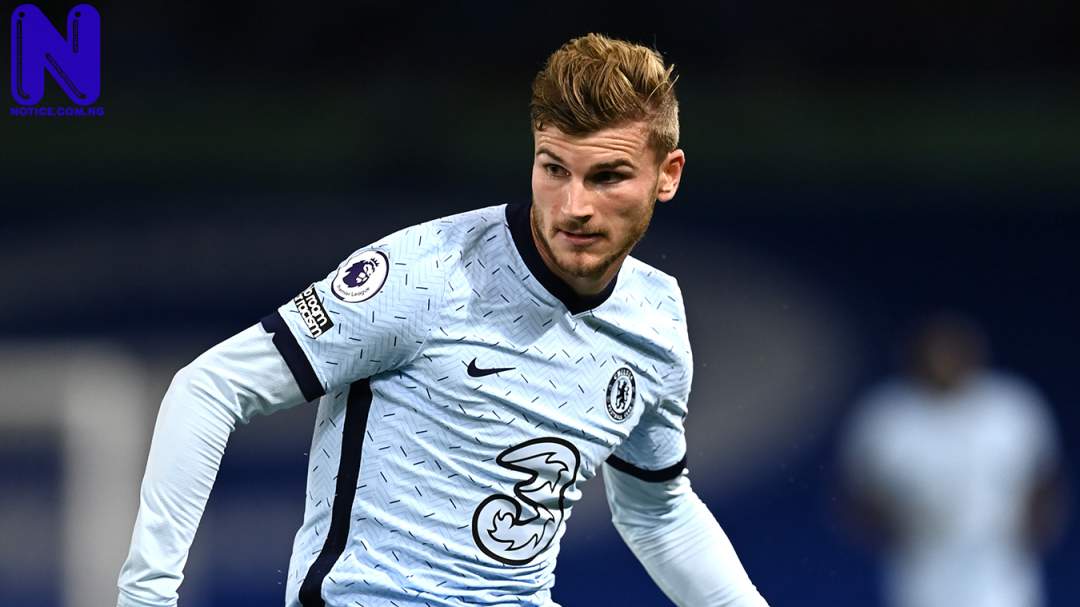 Ex-Chelsea striker, Jimmy Floyd Hasselbaink and Man United legend, Roy Keane have said Timo Werner is not good enough to be in the Blues’ team.

They both slammed the German attacker after Chelsea's frustrating draw with Manchester United at Stamford Bridge.

Jorginho’s mistake gave the Red Devils their first goal from the boots of Jadon Sancho but the Italy international made amends 20 minutes later with an equaliser from the penalty spot.

Despite their dominance, Chelsea lacked a cutting edge with Werner missing two big chances much to the frustration of Hasselbaink and Keane.

“With the ball, without the ball, he was poor today. Normally he is really sharp with his runs but it was poor.

“At the end of the day, you're a No. 9 so you're going to be judged on the opportunities you get and what you do with it. It wasn't good enough.

“He needs to score those chances. He keeps missing big chances, big opportunities. He needs to put them away.”

Keane added, “He's not even hitting the target with some of these chances.

“At least, make the goalkeeper make a save. For a striker, hit the target, make the keeper work.”