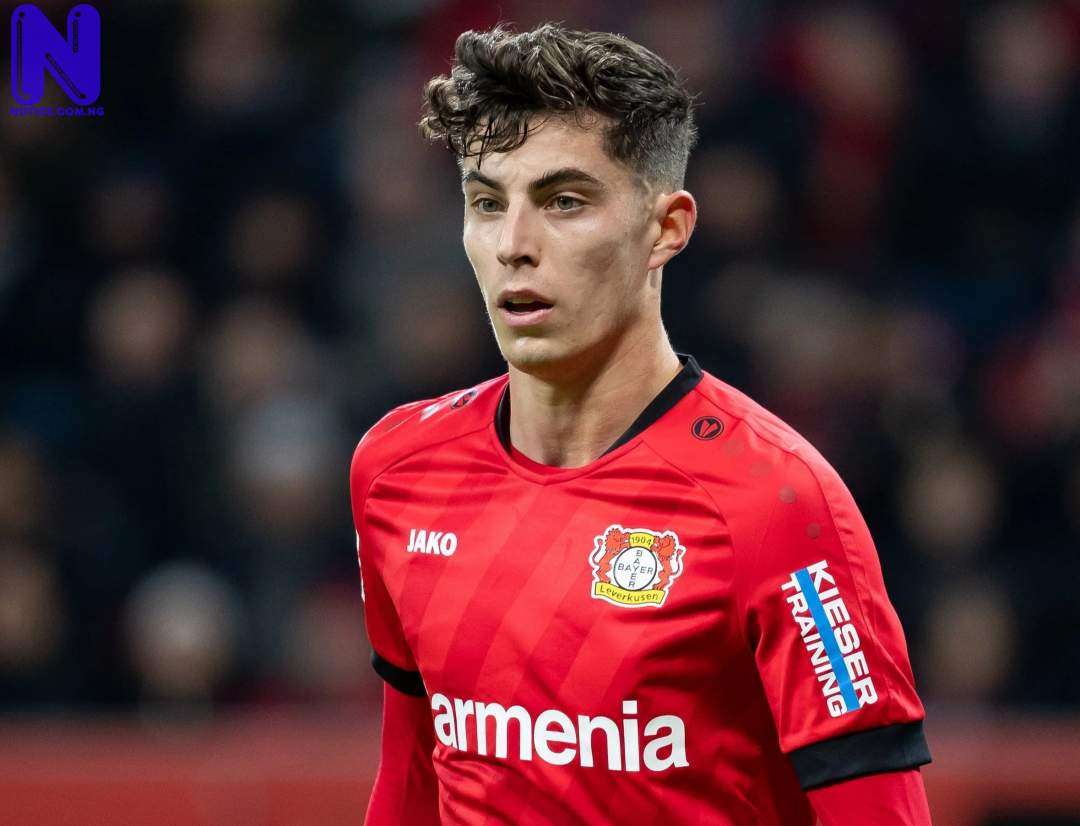 Chelsea’s new boy, Kai Havertz, has admitted the Premier League is “much tougher” than the Bundesliga.
The 21-year-old only completed a £70million transfer from Bayer Leverkusen to Stamford Bridge at the beginning of the month.
However, Blues boss Frank Lampard started Havertz away at Brighton on Monday night.
Goals from Jorginho, Reece James and Kurt Zouma ensured Chelsea won 3-1 at the Amex, but Havertz struggled to impact the game in the final third.
Speaking after the victory, Havertz claimed he was still adapting to the intensity of the English game.
“It was a very tough game, very difficult because I had long holidays and I came back and trained for five or six days with the team,” Havertz told the Evening Standard.
“More important is that we won so I am very happy to make my debut.
“The Premier League is much tougher than the Bundesliga. I have seen that in training and saw it in the game as well. But I am happy to play 80 minutes and hopefully next week I will continue.”
Chelsea has been active this summer, signing Kai Havertz, Timo Werner, Ben Chilwell, Hakim Ziyech, Malang Sarr and Thiago Silva.
However, one player who continues to be linked with the Blues is West Ham and England midfielder Declan Rice.
Despite failing to influence the game too much, Lampard praised the work-rate of the German, who played 80 minutes before being replaced by Callum Hudson-Odoi.