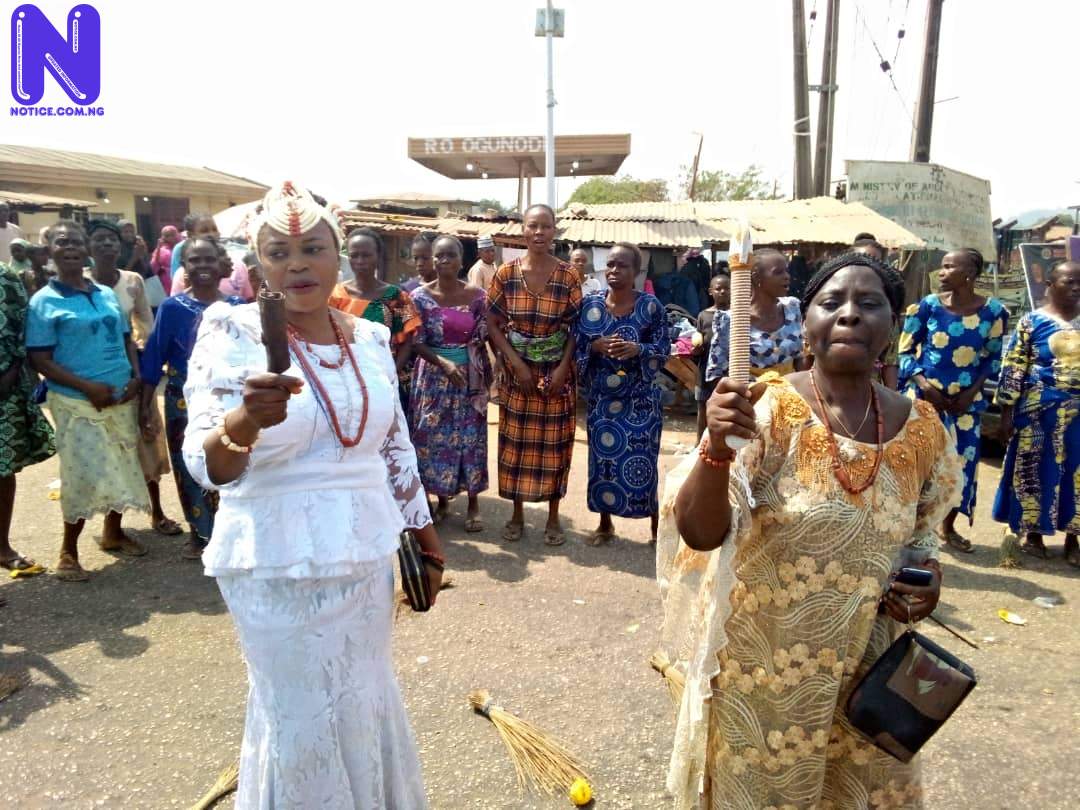 With the recent spate of insecurity in Ondo State, women in Akoko axis of the state on Saturday, protested against attacks on residents and communities by gunmen.

The women, who were half-naked stormed the streets of Akoko communities in the northern senatorial area of the state to protest against the insecurity situation.

The peaceful protest staged staged in Oka Akoko, Akungba Akoko as well as some other Akoko towns.

It was gathered that protests were triggered by the recent kidnap of teachers by some bandits in Auga Akoko, the attack of 17 travellers on Ifira Akoko-Isua Akoko road by armed robbers among others.

With the half naked women chanting various songs, they held brooms as they moved through the streets.

The protesters appealed to security agencies as well as the state government to urgently address the issue in order for peace to return to the affected communities.

While addressing the protesting women, the Chairman, Akoko Divisional Traditional Council of the four local governments and monarch of Oka-Akoko, Oba Yusuf Adeleye, assured that the security breaches would soon fade away. facing the country, Ondo State and Akokoland will soon become a thing of the past.

According to him, communal efforts and traditional efforts will be applied as parts of solutions to the problems.

The monarch appealed to various communities in Akokoland to organise vigilante groups while local hunters should be encouraged to compliment the efforts of existing security agencies.

He, in spite of that, commended the efforts of Governor Oluwarotimi Akeredolu for the establishment of the Amotekun corps which he said has been joining forces with the existing security apparatus to combat the menace.