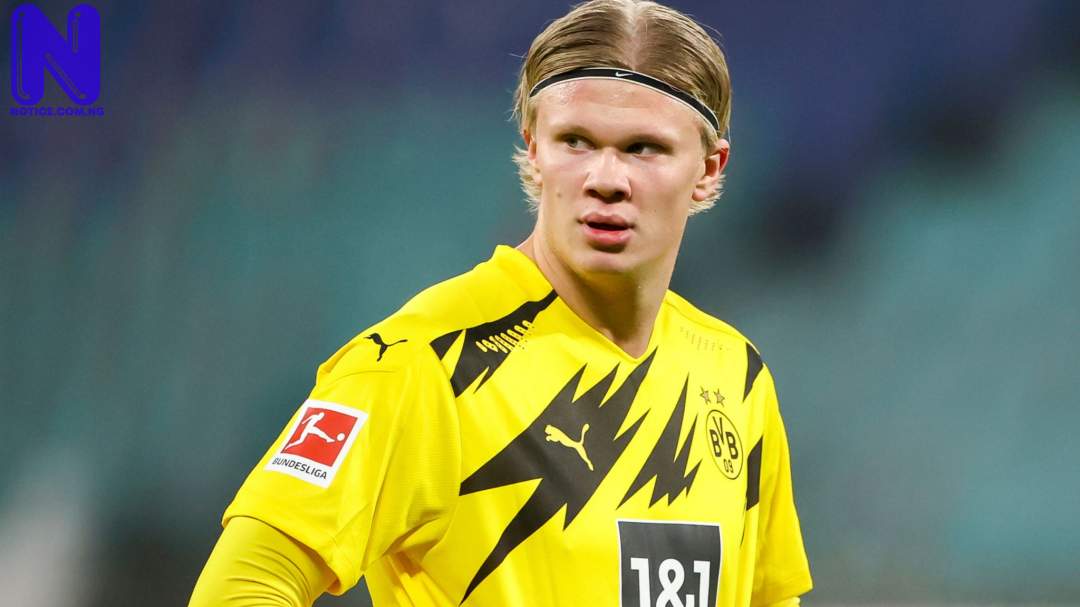 Borussia Dortmund striker, Erling Haaland has opened the door on a potential blockbuster transfer by refusing to rule out an exit from the club.

Football London reports that after asking Haaland if he will leave Dortmund, concerning interest from Chelsea, the Norway international opted to remain silent, simply offering a smile in response.

This is coming after Chelsea owner, Roman Abramovich, released cash for the Haaland deal.

Abramovich is a huge admirer of the 20-year-old and is not prepared to give up easily in his efforts to sign the forward as Chelsea manager, Thomas Tuchel, wants to bring in a new striker to Stamford Bridge ahead of his first full season in charge of the West London club.

"Haaland to Chelsea? I read about it, but for us, nothing has changed: we have plans with Erling for next season, he and his agent are aware of it. We expect him back this week,” Kehl said.