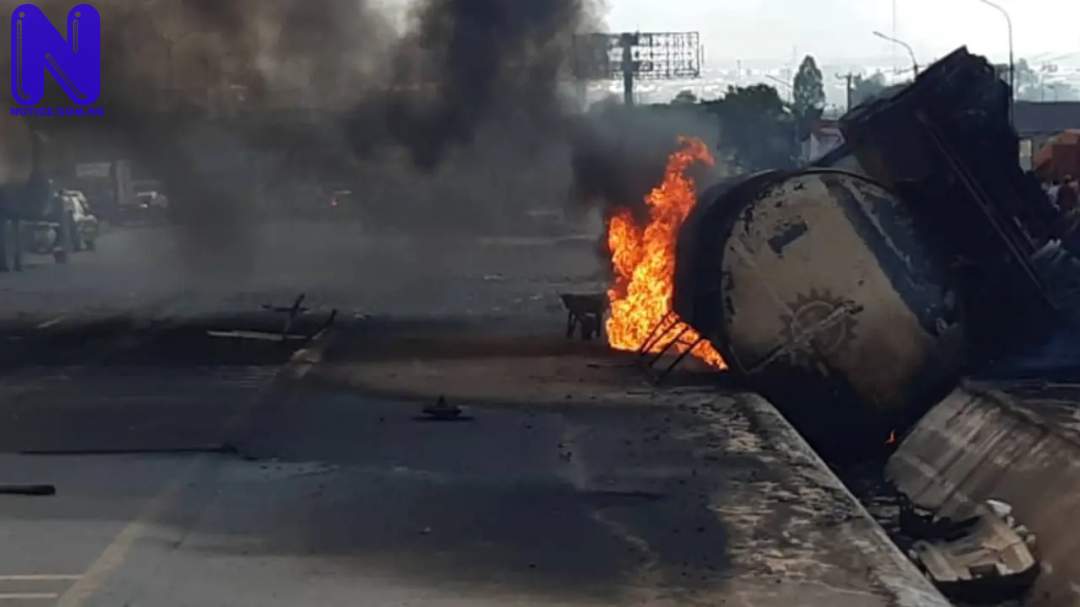 Owner of the GUO Motors Limited; a transport company, Chief Godwin Okeke, has expressed unhappiness about the destruction of his fire fighting equipment last Wednesday by hoodlums, during a fire incident in Ochanja market in Onitsha, Anambra State.

Okeke said his brand new Mercedes 711 fire truck was destroyed by hoodlums and his rescue team beaten up as they rushed to assist in putting off the raging inferno.

He said, “My sectional Manager, Mr. Vincent Agbo, led the rescue mission, but was attacked by some hoodlums who prevented them from helping to put off the fire during the inferno.

“The hoodlums damaged the pumping machine, and if they had allowed us entry, the inferno would have been contained. These people who attacked us were not genuine traders, if they were, they would not attack us’’, he lamented.

He thanked God that none of his staff lost their lives to the incident, but, revealed that seven members of staff of the GUO company were currently receiving medical attention in hospital as they sustained varying degrees of injury.

He wondered why miscreants would take advantage of such a deadly situation to perpetrate evil at the expense of their fellow brothers who were losing billions of naira.

He urged market leadership in the state to ensure they procure fire trucks with tight security round their markets in order not to allow hoodlums take advantage of such situations capable of depriving them of external help from fellow businessmen during disasters.

He called on well-meaning individuals to lend helping hands to the victims of the fire as the property lost to the inferno was too large for the state to bear alone.

He said, “Most of the traders are more like walking corpse as most lost their entire life investments in the fire disaster, and they need help.”