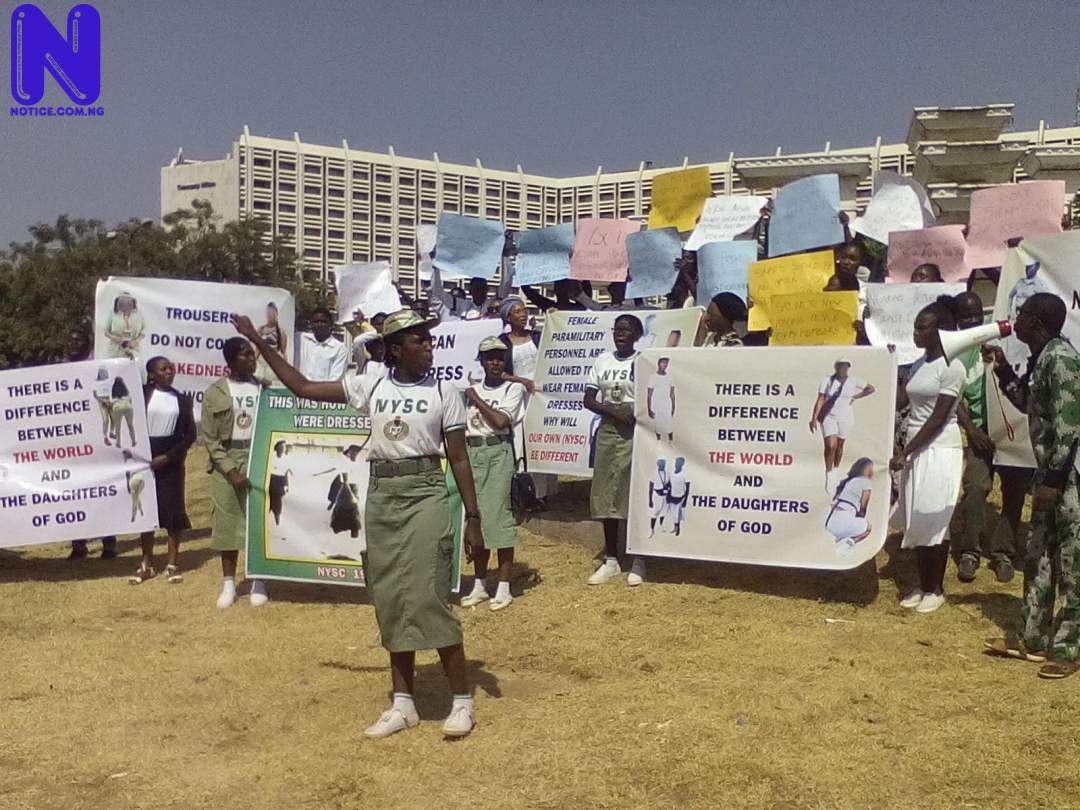 Corps members and some Nigeria citizens under the aegis of ‘Serve With Skirts’ on Wednesday, protested in Abuja over incessant harassment of Christian and Muslim corps members for wearing skirts instead of trousers.

Convener of the group, Barrister Udochi Emmanuel Baba, while leading some corps members, who are victims, explained that there was no provision in the Nigerian Constitution that made it mandatory for female corps members to wear trousers.

She noted that it was unfortunate that some corps members have been de-camped and de-kitted for choosing to wear skirts rather than trousers across the states of the federation.

She revealed that the group has opened discussion with the National Youth Service Corps headquarters, adding that if they reneged, they would resort to court option.

She recalled how the earlier female corps members wore skirts, noting that they want the NYSC authority to revert back to that era.

“Way back to 70s and 80s, our mothers wore skirts and we want to go back to that time,” she insisted.

Some victims who spoke with Press after the protest recounted their ordeal in the camp, saying that they have been demobilised for wearing skirts.

Miss Grace Adeboye Adewumi and Miss Emegho Ghena Julia, graduates of University of Ibadan and Ambrose Alli University, Ekpoma, who have been sent out of the NYSC camps, vowed not to wear trousers on religious grounds.

They appealed to the NYSC authority on behalf of other victims across the country to allow them serve their NYSC, insisting that their religious beliefs would not allow them to wear trousers.