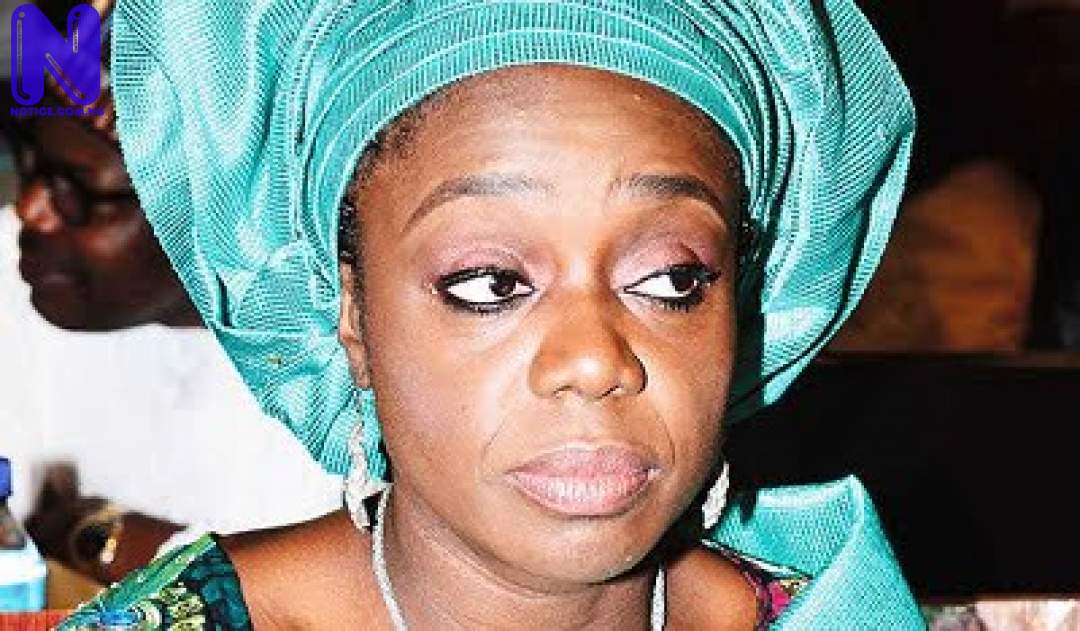 Speaking at a press conference on Monday in Abuja, the group’s Secretary-General, Comrade Richard Augustine Adie, called on the Independent Corrupt Practices Other Related Offences Commission (ICPC) and the Economic and Financial Crimes Commission (EFCC) to effect Adeosun’s arrest and subsequent prosecution.

Augustine noted that these agencies must prove to Nigerian People that nobody is above the law.

Recall that before Adeosun’s resignation three years ago, she admitted that her National Youth Service Corps (NYSC) exemption certificate was fabricated.

However, despite her self-confession, Adeosun is yet to be prosecuted and recently obtained a which trivialized her failure to participate in the NYSC scheme prior to her appointment.

The judgment delivered last week, declared that Mrs Adeosun needed not to partake in the NYSC scheme to be appointed a minister or contest national or state assembly elections.

But Nigeria First said Adeosun must face the full wrath of the law for giving herself undue advantage using false presentations.

According to the group, Adeosun swore an oath of office to bear true allegiance to the Federal Republic of Nigeria, thus bringing out the fact that she also committed perjury by lying under oath, which is also a punishable offence.

The group, in spite of that, expressed confidence that justice will be served as a deterrent to others.

“It must be stated that the case of Kemi Adeosun is crystal clear a case of forgery and the conferment of undue advantage to herself when she presented forged NYSC certificates for clearance as a commissioner in Ogun state and subsequently as a minister of the Federal Republic of Nigeria.

“It is also succinct to add that in law, ignorance is not an excuse, even though we have credible information at our disposal that indeed Kemi Adeosun was aware that the NYSC certificate in her possession was forged, yet, she still went ahead to present them.

“Nigeria First is also alarmed that there is an attempt in some quarters to give Kemi Adeosun a clean bill of health because of her perceived connection to some influential figures in the country, who in the first place nominated her for the positions she held in the political scene in the country since 2011.

“It is thus the resolution of the leadership of Nigeria First that such actions are unpatriotic and a clear case of insulting the sensibilities of Nigerian People from all walks of life in this critical point of our existence,” the statement read in part.

“We believe that the ICPC, as mandated by the law, would act swiftly in ensuring that no Nigerian is conferred an undue advantage in evading justice, especially for forging such a sensitive government document.

“We are also using this medium to call on the rejuvenated Economic and Financial Crimes Commission (EFCC) to rise to the occasion in arresting and prosecuting Kemi Adeosun under 3 (6) of the Miscellaneous Offences Act Cap M17 of the Revised Edition (Laws of the Federation of Nigeria) 2007 for forgery of NYSC certificate.

“Nigeria First is reminding the ICPC and the EFCC that this is a unique opportunity to prove to Nigerian People that nobody is above the law. As such, the law must run its course no matter how highly or lowly placed it is in the society.

“We must also be guided by the Jacob Zuma example in South Africa, where a Ex-president was recently convicted and sentenced to prison for crimes committed while in office. This example should resonate with us that the law is no respecter of status or positions in society.

“Nigeria First wishes to remind the ICPC and the EFCC that Kemi Adeosun as a minister, swore an oath of office to bear true allegiance to the Federal Republic of Nigeria, thus bringing out the fact that she also committed perjury by lying under oath, which is also a punishable offence,” it added.

The group expressed confidence that Adeosun would be brought to justice, insisting that she cannot be above the law in Nigeria.