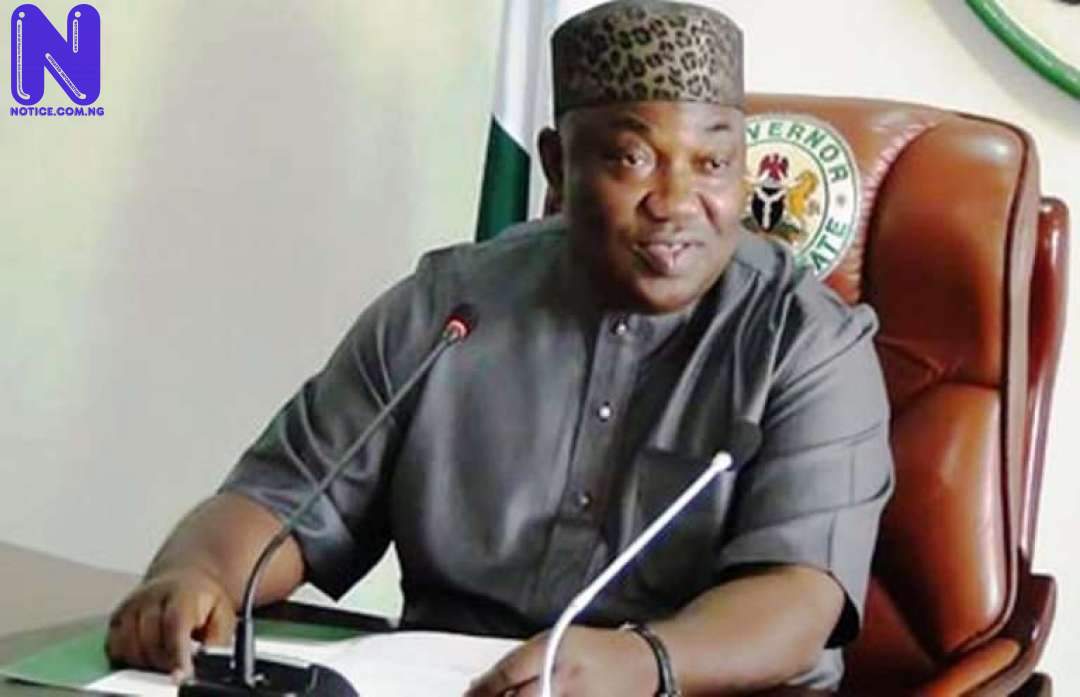 A group, Nsukka Youth Progressive Forum (NYPF), has risen in defence of the list of commissioner nominees sent to the Enugu State House of Assembly by Governor Ifeanyi Ugwuanyi.

A resident of the State had in a recent article described some of the nominees as too old for such position.

However, the NYPF in a statement by its President, Mr. Jude Ekere, said every decision Ugwuanyi had taken was in the best interest of the Enugu people.

The statement read in full:

DO YOU KNOW >>> Ghana extends lockdown in two cities - COVID-19

“The attention of Nsukka Youth Progressive Forum (NYPF) has been drawn with utter consternation to the skittish and baseless letter to the Editor in page 18 of the nation newspaper of Monday, July 13, 2015 credited to one Aroh Uchenna, entitled “I cry for Nsukka People”.

In the said publication, the author in his bias, unholy and failed attempt to mislead the public through mischief, blackmail and falsehood borne out of his frustration to lure the governor to toe the path of disunity, infighting, vengeance and vindictiveness in administering the state, at this time of great need for peace and concentration in view of the current economic crisis in the country.

The publication, among other falsehood, accused the governor of refusing to declare war against the actions taken by his predecessor and anybody that had worked under his administration. He stated that the governor has not made any effort aimed at developing the state, adding that the persons he nominated as commissioners are “old men” that lack vision.

Consequently, we view the above chicanery as most unfortunate, mischievous, baseless, unfounded and a deliberate attempt to tarnish the hard earned reputation of our governor and undermine his widely cherished peace and development initiatives for Enugu State, which have already started yielding positive results.

We condemn in its entirety, the ulterior motive of the author and the content of his story which does not reflect the true position of things in the new administration of Governor Ifeanyi Ugwuanyi. It is either that the writer in his myopic judgment is ignorant of the action plans and tremendous efforts so far made by the governor to modernize and develop Nsukka, 9th Mile Corner and other satellite towns in the state or that he is playing the card of his sponsors whose business is to fan the ember of discord for their personal gains.

It is on record that the governor’s vision and passion for development of Nsukka, 9th mile corner among others, which he mentioned in his inaugural address and at various fora are inspiring and commendable.

One therefore wonders whether the author is knowledgeable enough to read through the lines that the governor has started the necessary administrative action towards the development of Nsukka, 9th mile corner, Abakpa-Nike, Emene etc through the recent presentation of a supplementary budget to the State Assembly to accommodate the areas, unscheduled visits to the sites and constitution of Nsukka Urban Renewal Committee saddled with the responsibility of developing and modifying the Nsukka Urban Master plan etc.

From all indications, it is clear that the writer is chasing shadow and crying foul when there is no case. It is a matter of giving a dog a bad name just to hang it, because the governor as a profound visionary leader had started addressing all the issues raised in the publication.

On the allegation that the governor is afraid to confront his predecessor and is recycling the same people that worked during the previous PDP administrations, one should imagine what the state stand to lose if the governor toes the line of vindictiveness which would eventually turn the state into a war zone and hinder the pace of development, as had been the case in the past.

The above allegation is also laughable in the sense that wisdom, maturity and progressive leadership do not depict weakness as was misconstrued by the writer. It is rather a sign of strength and decorum in leadership that would eventually yield positive impacts on the growth and development of the state.

On the governor’s nominees for commissioners which the writer described as mostly “old men”, may we inform him (Aroh) that the list was basically a reflection of the wishes of the people of the state who nominated them through wider consultations, in consideration of their wealth of experience in their various fields of endeavor and their ability to deliver.

More so, the governor as a grassroots politician who believes in participatory democracy knows the need to involve both old and new hands including technocrats to assist him drive the policy thrust of his administration.

In conclusion, may we advise the governor to ignore the antics of these cynics, pessimists, and war mongers who are uncomfortable with the prevailing wind of peace and development initiatives being experienced in the state and forge ahead with his strive to take the state to the next level in an atmosphere of peace and harmony.

We therefore call on the public to disregard the said publication as it was meant to mislead and discredit the government for their selfish reasons”.