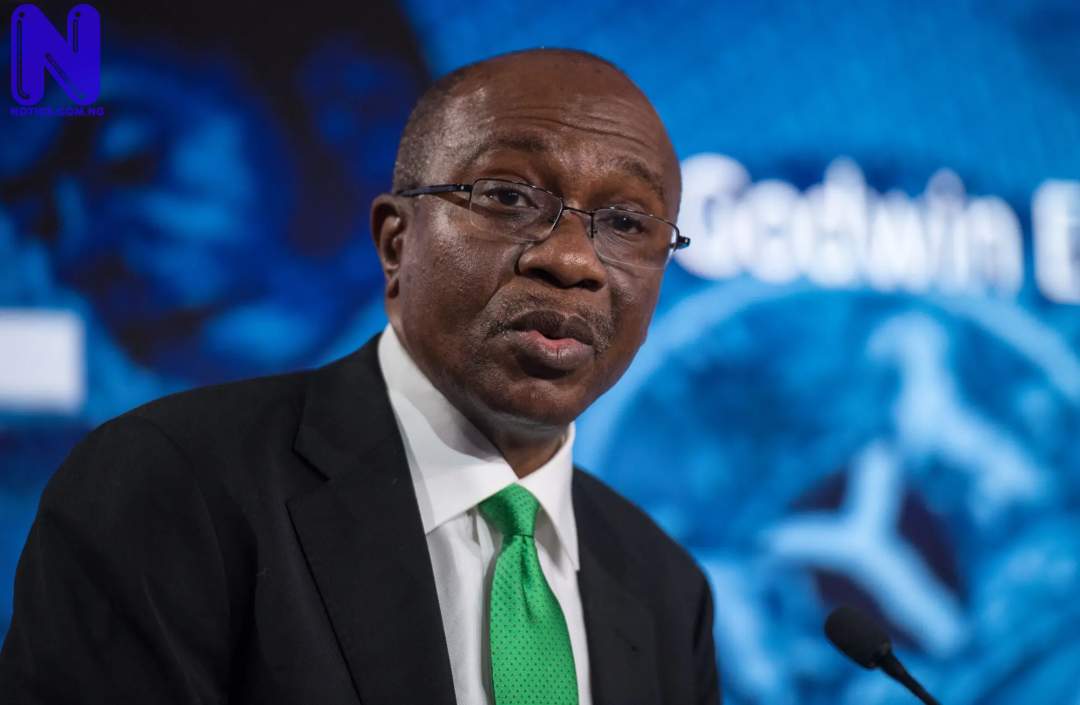 An anti-corruption group known as Citizens Committee for Corruption-Free Nigeria (CCCN), on Sunday, came hard on the governor of Central Bank of Nigeria (CBN), Mr. Godwin Emefiele, for redeploying a deputy governor to the sensitive Monitory Policy Directorate.

Mr. Okwu Joseph Nnanna, who was suspended alongside four other directors in March 2016, for defrauding the CBN in FOREX scam, was the deputy governor, Financial System Stability (FSS) Directorate.

It was gathered that, the suspended Nnanna responded to some spam emails without first cross-checking the authenticity of the mails and following CBN stringent payment process before authorising the release of funds when the governor and several senior officials of the bank were on a flight to China.

Despite the huge fraud uncovered by the CBN, Mr. Emefiele, in April 2018, redeployed the suspended deputy governor to the Monitory Policy Directorate, to oversee Monitory Policies .

In a statement issued Sunday afternoon by the Director, Anti-Corruption Unit of the CCCN, Alh. Bagudu Mohammed, the anti-corruption group frowned at the rationale behind keeping Nnanna in such a sensitive position, at a time President Muhammad Buhari’s war against corruption was yielding fruitful results, stressing that, people with integrity should be placed in such offices, to get Nigeria back on track economically.

“The CBN Governor is seen as one of the major backbones of the Buhari led administration, judging by his programs in alleviating poverty in Nigeria.

“Since Nnanna became the head of Monitory Policy Directorate, the five hundred billion naira (N500Bn) Non-Oil Stimulation Facility is yet to be disbursed to promote the Non-oil trade in boosting the Nation’s economy.

“The big question is, what is the Deputy Governor of the CBN who was suspended for FOREX fraud is still doing in the Central Bank of Nigeria? Why is he redeployed to the Monitory Policy Directorate at a time Mr. President is diversifying the economy to boost Non-oil trade as an alternative to the predominant oil economy?

“Nigerian People want to know the relationship between Mr. Godwin Emefiele and Okwu Nnanna and why he is still in the bank”, the statement reads.

But in his reaction Sunday night, Mr. Isaac Okoroafor, Director, Corporate Communications of the CBN, said the group should not be taken seriously, describing the statement as “ridiculous” and a “blackmail”.

Okoroafor said, “This matter had been handled and settled long ago. The President had ordered the Inspector-General of Police to conduct a thorough investigation into this matter. Dr. Nnanna and all other officers of the Bank had been suspended to allow for unfettered investigation.

“The case had been investigated and Dr. O J Nnanna and all the officers involved were NOT found culpable and they were cleared accordingly. The IGP had submitted his report to the President who ordered the recall of Dr. Nnanna and the rest. This is public knowledge.

“The authors of this story must be some of these jobbers peddling blackmail stuff. I urge you to disregard this story as it’s only an attempt by blackmailers to ridicule your publication”.

Meanwhile, the group has warned, that, should nothing cogent is done to redeploy the suspended deputy governor, a protest letter would be written to Buhari, which would predate a daily occupation of the CBN complex in protests.

The CCCN, in spite of that, pledged its readiness to support Buhari to achieve his aim of ridding the country of corrupt elements.