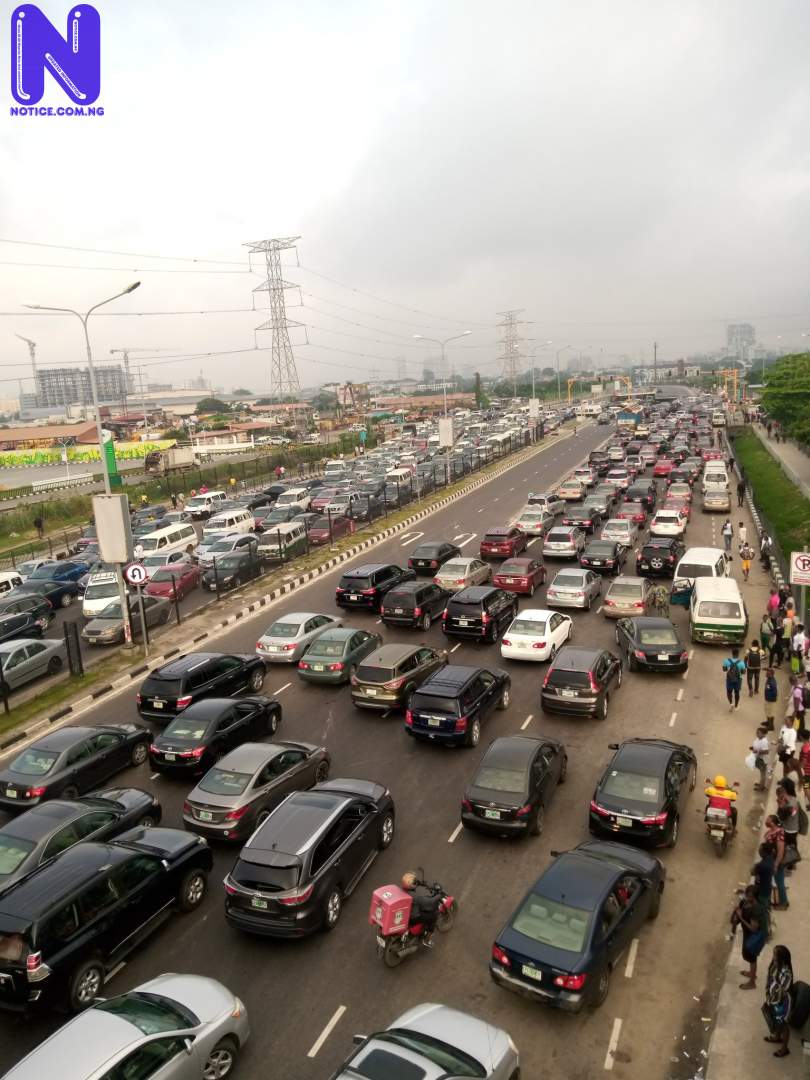 End SARS protesters have shut down Lekki toll gate in Lagos.
This has caused traffic jam on the Lekki-Ajah express.
The campaigners had announced on Sunday that workers and other commuters would be affected.
They are demanding that the Police go beyond disbandment of the notorious Special Anti-Robbery Squad (SARS).
The protesters want investigation and prosecution of all officers accused of murder and assault over the years.
Meanwhile, the petition to have the Inspector General of Police, Mohammed Adamu, and other senior officers banned from the United States, United Kingdom and others is gaining traction.
Thousands have signed and many more have indicated interest to do the same this week.