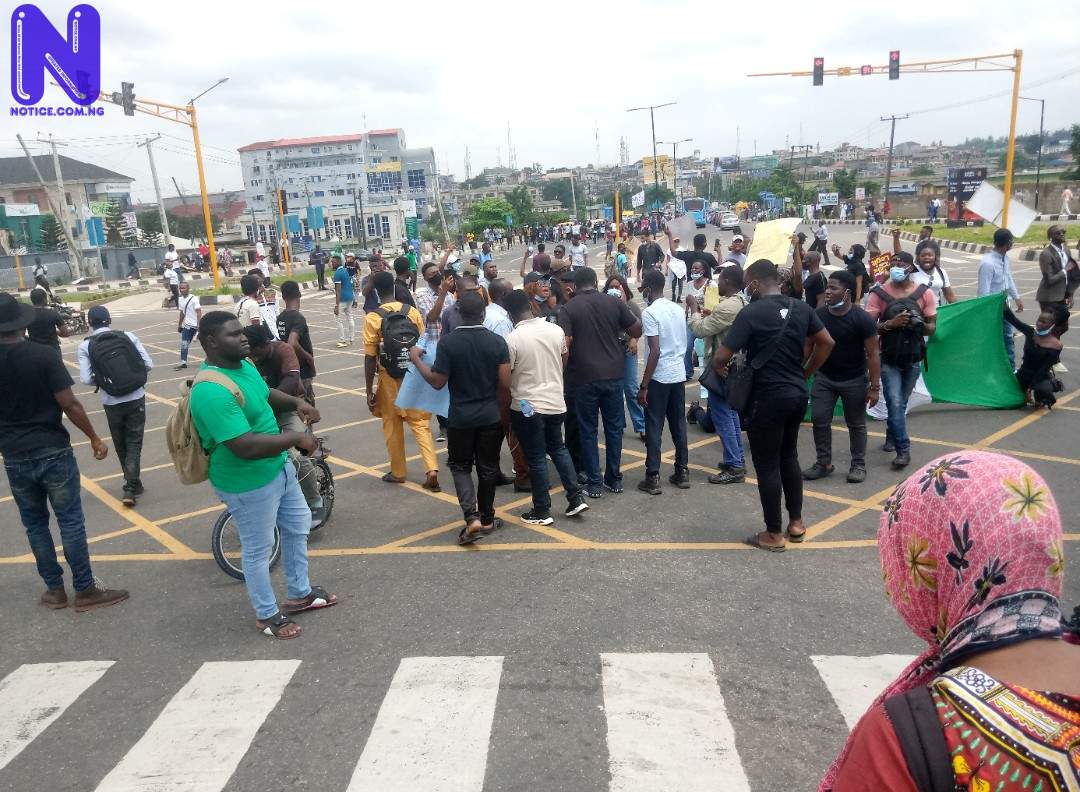 End SARS protest resurfaced in Abeokuta, the Ogun State capital on Friday, as protesters blocked the Okemosan-Kuto road.
This is coming despite Governor Dapo Abiodun’s appeal on Wednesday, asking them to allow government implement the police reforms.
As early as 8 am, the protesters converged on the NNPC junction, causing heavy gridlock as they chanted, “End SARS!”
The youths said they will not stop the protest until government yields to their demands.
Meanwhile, the Ogun State Traffic Compliance and Enforcement Corps has advised motorists to make use of alternative routes in order to avoid the gridlock.
TRACE Spokesman, Babatunde Akinbiyi, in a traffic advisory said:
“Sequel to the blockade of the NNPC axis, due to the #ENDSARS protest, motorists are advised to ply the alternative routes below:
“For commuters coming from and going towards Oke-Mosan and Kobape/Interchange axis, ply Kuto-Isabo-Ijaiye-Iyana/Mortuary-Kemta/Olokuta-Judges Quarters-Oke/Mosan-Siun/Kobape and vice-versa;
“Kuto-Isabo-Ijaiye-Iyana/Mortuary-Abiolaway-Lukosi-Federal High court-Oke-Mosan-Kobape-Siun-interchange and vice versa.
“Any inconveniences is highly regretted please,” he said.
Watch video…
Protesters gathering in numbers for the #EndSWAT #EndSARS protest in #Abeokuta. This is NNPC-Kuto Road. #EndSARSProtest #TwitterDown pic.twitter.com/JxinflirRM
— OGTV (@OgunTV) October 16, 2020