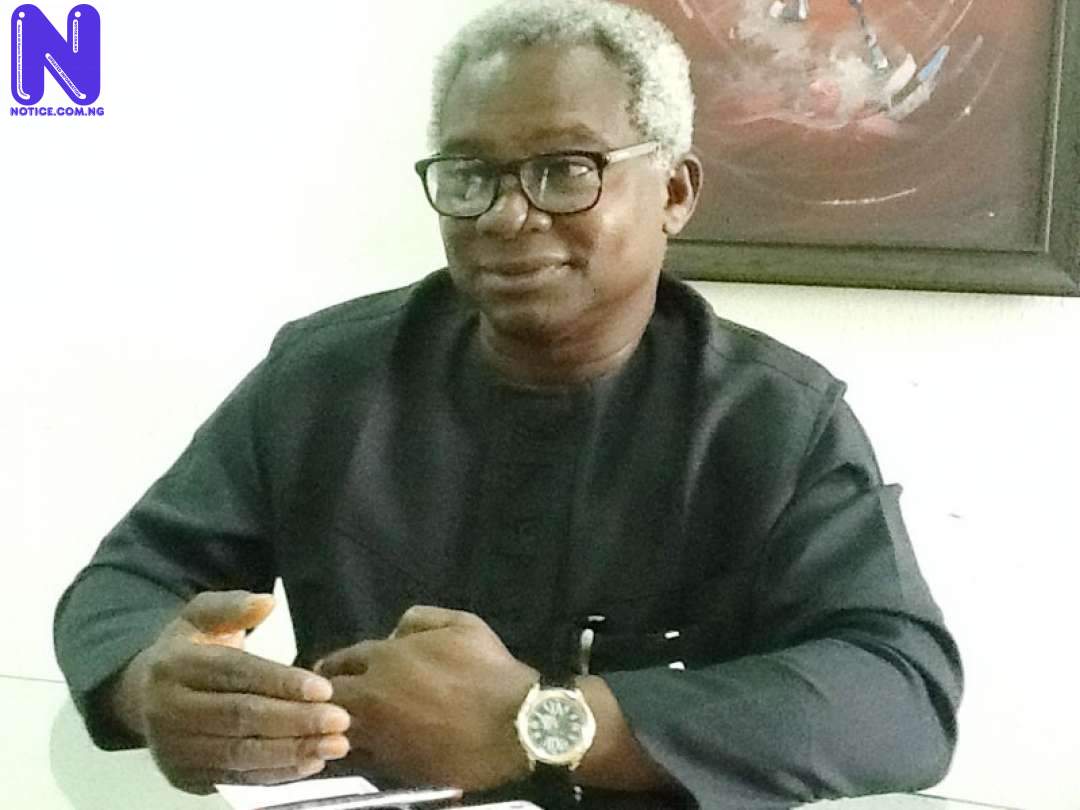 The Director General of Voice of Nigeria (VON), Osita Okechukwu has taken a swipe at Governor of Ekiti State and Chairman of Nigerian Governors Forum (NGF), John Kayode Fayemi, for calling on those agonising about the state of affairs in the country to organise and vote out the the ruling All Progressives Congress (APC).

Okechukwu, an APC foundation member like Fayemi, accused the Ekiti Governor of inciting Nigerian People against their party, rather than use his position to organise the Governors Forum to unlock democracy at the state level.

The Enugu State APC chieftain was reacting to comments made by Governor Fayemi on The Platform, a programme organised by the Covenant Christian Centre, aired live on Channels Television.

Recall that Fayemi had on the platform said, “If your search is a regime change in a democracy, there is only one way for regime change in a democracy. You work towards it. Another election is going to come if you do not like what APC is doing, stop agonising, organise against the party. Link up with others who are organising and then kick the APC out of office and put people that you think will do better.”

Entertaining questions from journalists in Abuja Sunday, Okechukwu said whereas he has tremendous respect for His Excellency Fayemi, “his speech at the Covenant Platform on Saturday is in simplicity anti-party and an overkill.”

He said, “Is it politically correct for a person of his caliber to use such world wide audience and uncommon platform to incite people against our great party? Yes, one agreed with him that there are competing narratives and some unforced security errors were made but one expected him to use his acclaimed intellectual prowess to mobilise his fellow governors to unlock democracy at the state and local government tiers.”

Okechukwu described Governors’ “emperorship in realpolitik as the greatest paralysis to restructuring in Nigeria”, contending that “by omission or commission Governor Fayemi neither protected Buhari nor the APC in the brouhaha of restructuring.”

He said, “In the market place of restructuring APC is marked Zero percent, whilst we scored more than 40% in opening the frontier of democracy with independent judiciary and legislature at the state level. That’s real restructuring.”

Continuing Okechukwu maintained that, “A diligent party leader could have commenced mobilization of his colleagues in 2018, the day Buhari signed the amendment of Section 121(3) into law. He waited two years later to oppose Executive Order 10, an order meant to give life to Section 121(3), which definitely will unlock democracy at sub-national level where Nigeria Governors Forum had kidnapped democracy.

“Fayemi said openly that the Governors are not opposed to Section 121(3), but to Executive Order 10, citing unnecessary powers conferred to the Accountant General and others. The question is why didn’t they implement the amendment for two years before Executive Order 10 of 2020?

“Take it to the bank, independent judiciary and legislature at the state level is a major plank of real restructuring. Some of those opposed to State Police for instance cite the Emperorship, corrupt and autocratic tendencies of our governors. Governor Fayemi and his ilk, forget that acknowledging this milestone of Mr President could have allayed the Emperorship phobia of many.”

Okechukwu said APC still remained the best option Nigerian People, even as he expressed optimism that the country will overcome the palpable insecurity in the land.

He advised Fayemi to go back to the drawing board and mobilise his colleagues in the Nigerian Governors Forum to implement Section 121(3), from where we can talk of State and Community Policing.