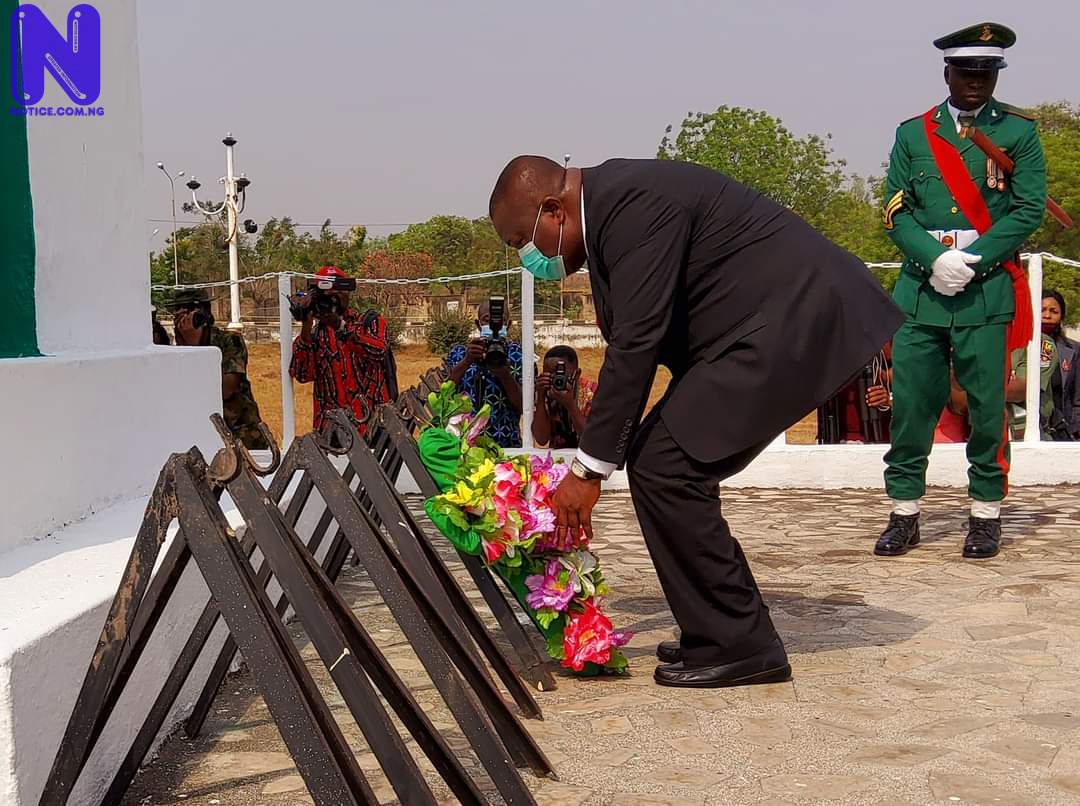 Governor Ifeanyi Ugwuanyi of Enugu State was at the Michael Okpara Square, Independence Layout, Enugu, on Saturday, to pray and honour the fallen heroes in commemoration of this year's Armed Forces Remembrance Day (AFRD).

Gov. Ugwuanyi who on arrival at the venue of the annual event, observed and inspected the Parade mounted by the Military, laid the Remembrance Wreath at the Tomb of the Unknown Soldier and released the pigeons symbolizing peace, after Christian and Islamic prayers were offered for the repose of the fallen heroes' souls and the wellbeing of their families.

The governor thereafter identified with wives of the fallen heroes present at the event and announced donation of gift items to them in commemoration of the 2022 Armed Forces Remembrance Day.