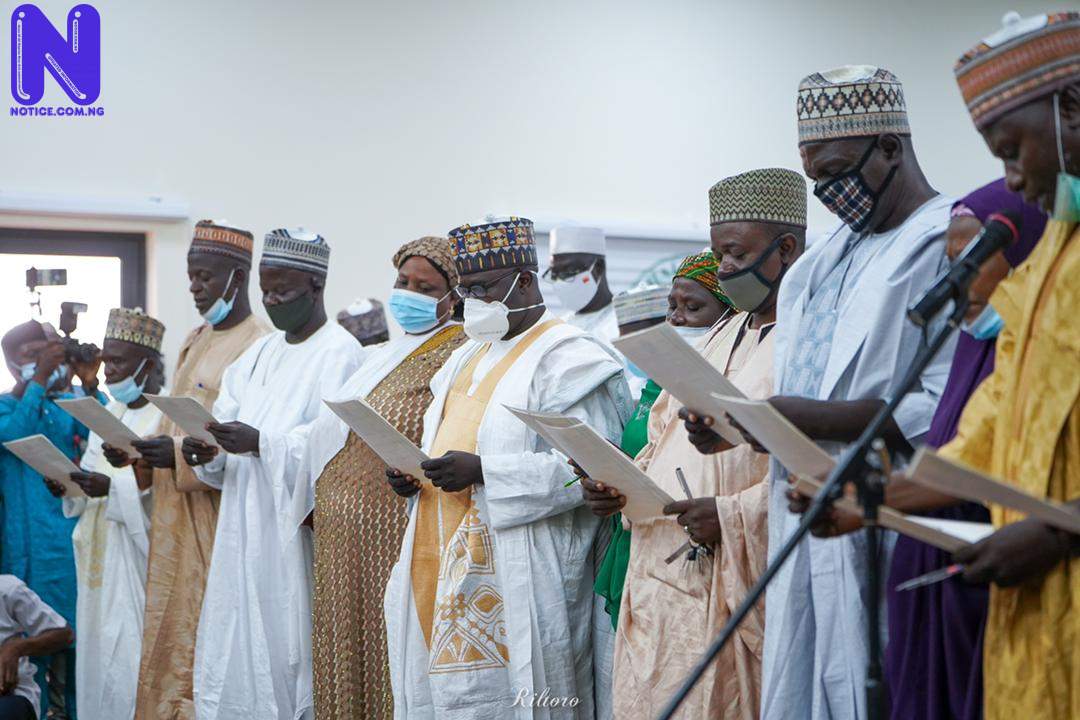 Bauchi State governor, Senator Bala Mohammed has called on critical stakeholders in the state’s civil service to join hands with his administration to revitalise and reinvigorate the service to regain its lost glory.

The governor made the call at the swearing-in of the newly appointed Head of Service, Yahuza Adamu Haruna, chairman of the Bauchi State Civil Service Commission and 22 permanent secretaries.

A statement signed and made available to Press by the Special Adviser on Media and Publicity to the Governor, Muktar Gidado, informed that Mohammed said the task before the new Head of Civil Service was enormous.

He then called on Haruna to ensure effective and efficient deployment of personnel and material resources for the implementation of government policies and programmes by the various Ministries, Departments and Agencies (MDAs) in the state.

“To the new Head of Civil Service, you have to bring into play your wealth of experience and knowledge and carry along all permanent secretaries in the discharge of the onerous duties of your office,” the governor was quoted to have said.

While congratulating the new appointees, Governor Mohammed said they were chosen after painstaking appraisal of their competency to head the respective offices.

He enjoined the appointed chairman of the state Civil Service Commission to ensure that due process and extant laws of the civil service are observed in the appointment, promotion and disciplinary actions in the service.

He said as accounting officers of their respective MDAs, the Permanent Secretaries were to guide and direct in the application of government policies and interpret the rules and regulations of the civil service.

Governor Mohammed then tasked the permanent secretaries to cultivate and sustain cordial relationships with their commissioners to ensure smooth implementation of government policies and programmes.

“As civil servants, the permanent secretaries should imbibe the culture of neutrality and loyalty to the government of the day. Under no circumstance should they involve themselves in partisan politics.

“Ours is a government that believes in maximising the use of scarce resources for the benefit of the generality of the good people of the state,” Governor Mohammed said.

He warned that his administration would not condone mismanagement of resources and bastardization of the civil service for selfish ends, noting that it was for this reason the administration introduced sanity in the management of public funds to get the state back on track.

Mohammed used the medium to announce that necessary arrangements have been made for the state to migrate from the current Defined Benefit Scheme to the Contributory Pension Scheme.

He extended his sincere appreciation and gratitude to all the state civil servants for their support, cooperation and understanding in the effort of addressing problems associated with the payment of salaries and pensions.