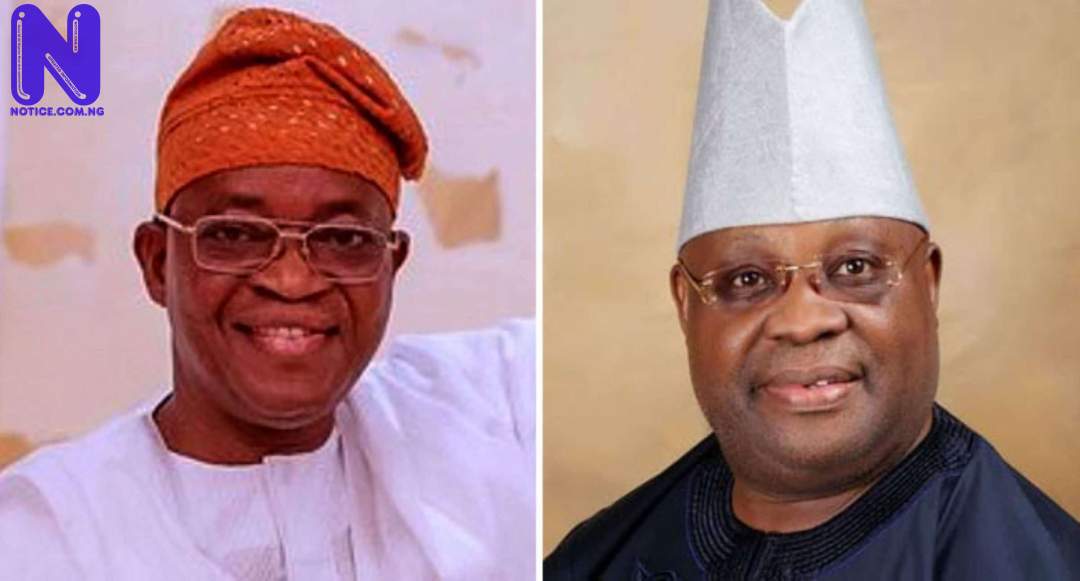 Governor Gboyega Oyetola of Osun State has berated the Peoples Democratic Party (PDP) governorship candidate, Senator Ademola Adeleke, saying he does not possess the capacity to govern the state.

Oyetola, who is the candidate of the All Progressives Congress (APC) in the July 16 gubernatorial election, said governance is a serious business for serious-minded persons rather than a dancing competition or a child's play as misconstrued by the candidate.

He made the statement during his re-election campaign held at Ibokun and Oriade constituency on Wednesday.

According to the governor, going by the myriads of challenges the state is currently grappling with, it requires the wisdom of God and somebody who is well-grounded in the art of governance to govern the state.

Oyetola concluded that he is endowed with the quality and wisdom of how to govern Osun.