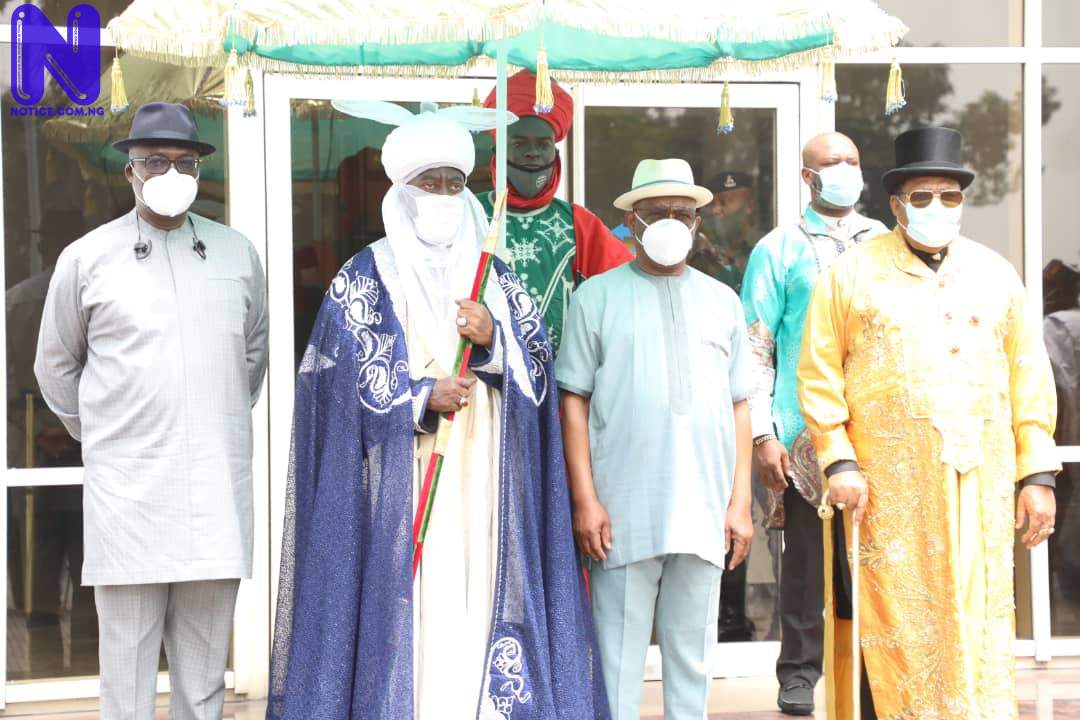 Governor of Rivers State, Nyesom Wike says Nigerian Governors Forum endorsement of fresh withdrawal of funds by the Federal Government from the Excess Crude Account will be contested.
The governor wondered what happened to the $1 billion withdrawn from the Excess Crude Account in 2017 on the stance that it will be used to fund the fight against Boko Haram insurgency in the North-East.
Governor Wike stated this when he played host to the Emir of Kano, Alhaji Aminu Ado Bayero, who was on a courtesy visit to him at Government House, Port Harcourt on Friday.
The Rivers Governor said he will not support the plan for a fresh withdrawal except Rivers State is given its 13 percent share from the account.
“Yesterday, I was told that the governors agreed that they will take money from the Excess Crude to support the military. What of the one they took before, the $1 billion that they gave to the military?
“Now again! This one, I’ll tell my Attorney General; you will have to prepare, we will go to court. I will not support that one except they’ll give us our 13 percent first from that Excess Crude Account,” Wike said.