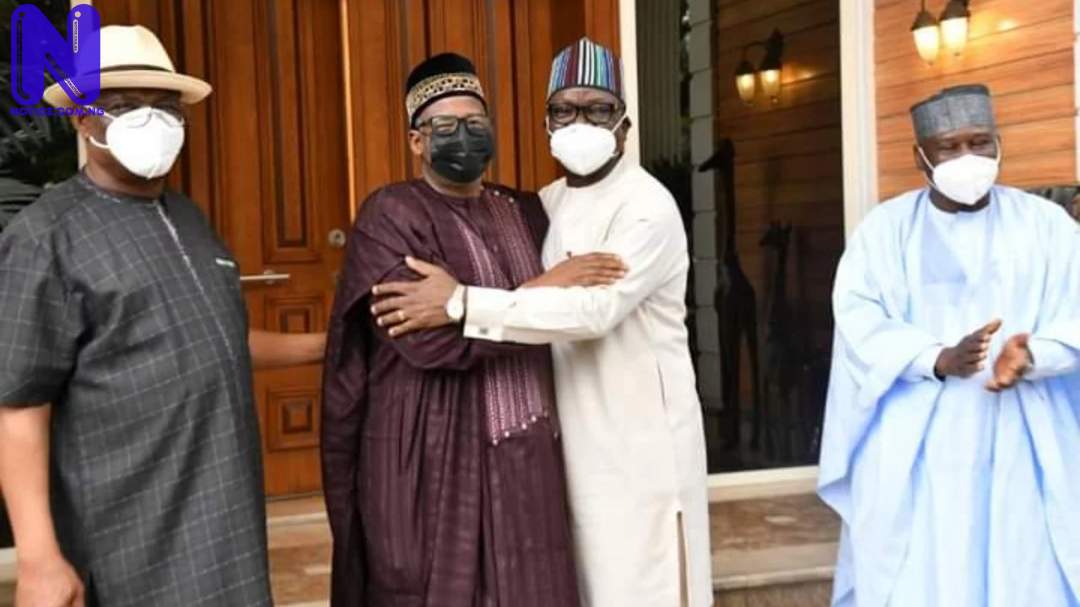 Governor Nyesom Wike of Rivers State and his Adamawa State counterpart, Governor Ahmed Fintiri have reconciled Governor Samuel Ortom of Benue State and the Bauchi State Governor, Senator Bala Mohammed on thier recent war of words over arm bearing by the Fulani herdsmen.
The duo recent clashed over comment made by the Bauchi Governor that Fulani herssmen should be allowed to carry AK-47 for self protection.

Reacting to the comment, Ortom, while addressing newsmen recently in Makurdi on the state of security, slammed the Bauchi Governor for supporting the killer herdsmen to carry arms.
However, the conflict was resolved in Port Harcourt on Tuesday following the intervention of the Rivers State Governor.,
Briefing journalists at the meeting which held at Governor Wike’s private residence at Rumuepirikom, the Governor Mohammed said the outburst between him and Governor Ortom over herders/Fulani profiling is highly regrettable.

According to him: “We don’t mean to divide the country, to divide our people. We are still friends and brothers and that we will move forward because most of those issues are fully resolved.
“I want to seize this opportunity to tell Nigerian People that whatever misconception that is there , that me and my brother Ortom are having problem or anybody in Nigeria is not true”.

Mohammed added that happened between him and Ortom was “just an explanation that emanated from a larger Governors’ Forum that we spoke on the security of the nation and we talked of the failure of security infrastructure which everybody knows is under the purview of the federal government.”
Governor Ortom also thanked Wike and Fintiri for organising the meeting which aimed at bringing him and the Bauchi Governor together.
Governor Ortom, who acknowledged that it was wrong for them to have engaged in such public outburst, promised to be better.