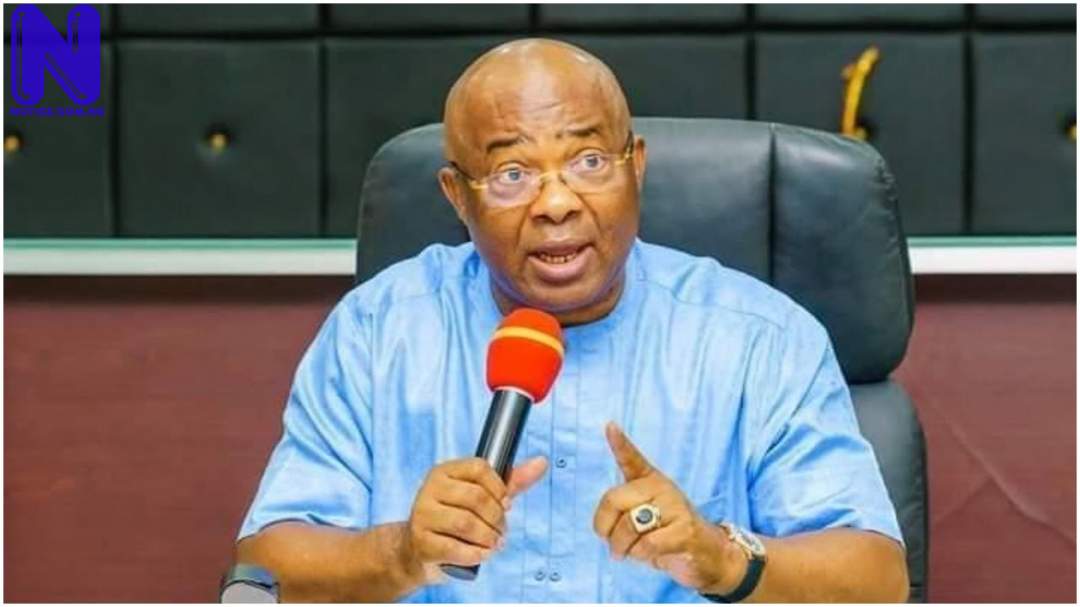 The Imo State Governor, Hope Uzodimma, has clarified his earlier statement about the Orashi river project in the Oguta council area of the state, saying he never mentioned the construction of a seaport.

Gov Uzoddimma said the project was about dredging the Orashi river to the Atlantic ocean.

This was disclosed to journalists in Owerri, through the state Commissioner for Information and Strategy, Declan Emelumba.

He was reacting to a media report that the presidency was unaware of the construction of a seaport in Imo.

"Gov Uzodimma never talked about the seaport at Oguta or Orashi but harped on the economic benefits of dredging the river up to the Atlantic ocean.

“The governor could not have talked of a seaport in Imo State when there is no sea in the state, adding that what the governor was emphasising was having access to the sea through the dredging of existing waterways.

He also said Uzodimma told reporters that he went with the Navy to understand the terrain better and appreciate the beauty nature has bestowed on his state.

"It is regrettable that the opposition and some biased maritime reporters had stoked the fire of controversy to take the shine off the huge vision behind the project.

“This was not the first time that an attempt was being made to dredge the Orashi River to join the Atlantic ocean.

"Even during the colonial time, ships were moving from the Atlantic Ocean and Port Harcourt to use a motor, a river port on the bank of Oguta Lake in Oguta Local Government Area of the state”, he said.