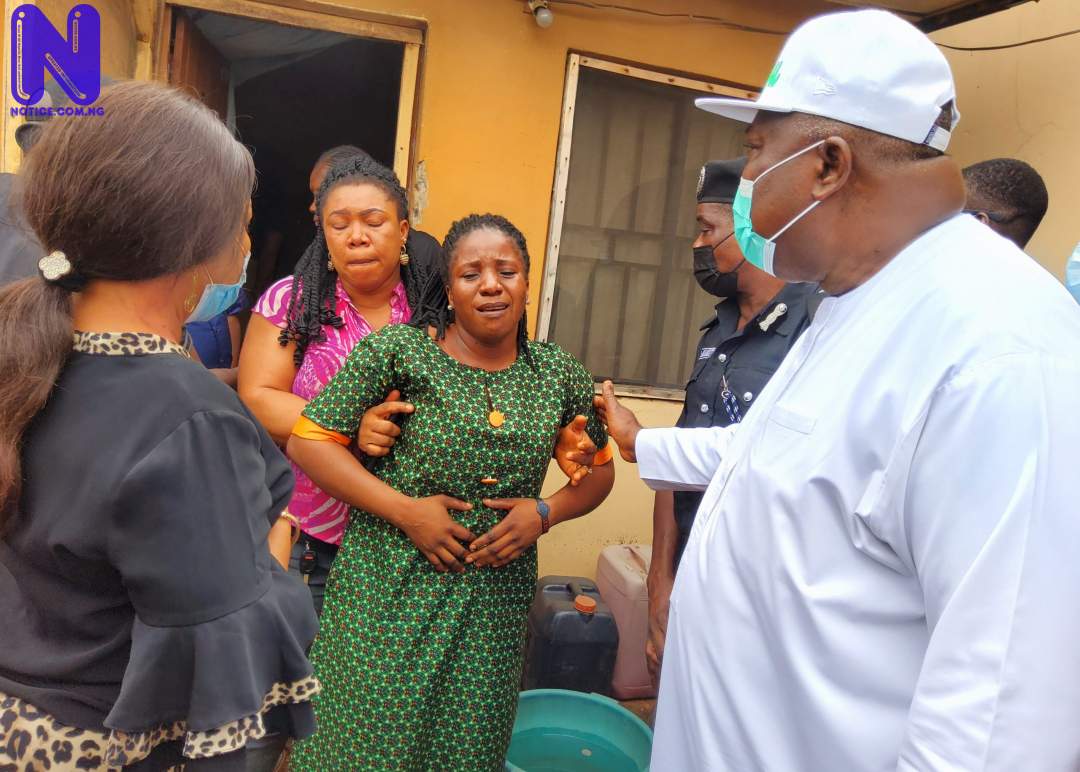 Governor Ifeanyi Ugwuanyi of Enugu State, on Thursday, paid condolence visits to families of some of the police officers who were attacked by yet-to-be-identified gunmen, at checkpoints in Obeagu-Amechi, Enugu South Local Government Area and Amagunze, Nkanu East LGA, residing at the suburb of Ugbo-Odogwu, Trans Ekulu and Edward Nnaji Street, Abakpa Nike, in Enugu East LGA.

The grief-stricken governor, who condoled with the families offered automatic employment to the wives of the deceased, paid three months salaries of their late husbands including other cash donations.

Gov. Ugwuanyi announced that the condolence package is applicable to wives of other affected officers, adding that the spouses also have the option of scholarship of their children to secondary school level in place of automatic employment.

At the Ugbo-Odogwu residence of late Inspector Timothy Tion, an indigene of Benue State, Gov. Ugwuanyi consoled the wife, Okuma Janet, offered her automatic employment, gave her three-month salaries of her husband with other cash donations.

The governor, who was accompanied by a team of senior police officers led by the Assistant Commissioner of Police in charge of State Criminal Investigation and Intelligence Department (CIID), ACP Fidelis Ogarabe, prayed for the repose of the souls of Inspector Tion and other victims, assuring that their death will not be in vain.

At Edward Nnaji Street, Abakpa, Gov. Ugwuanyi met with the father and siblings of one of the slain police officers, Inspector Emeka Nnaji, from Owo in Nkanu East LGA, and consoled them.

He equally offered automatic employment to the wife of the deceased, Mrs. Nwadi Nnaji, who was at his husband's residence at Agbani, and announced the same amount of money with other packages for her.

Responding, the wife of late Inspector Tion, Janet, thanked Gov. Ugwuanyi for his kindness in coming to console them, and for offering her automatic employment.

The aged father of late Inspector Nnaji, Mr. Christian Nnaji, also thanked the governor for the rare gesture and asked God to continue to bless him.

The Enugu State Command of the Nigeria Police Force, in a statement by its Public Relations Officer, ASP Daniel Ndukwe, had disclosed that "preliminary investigations have commenced".

BREAKING >>> Why Egypt sent Salah back to Liverpool before Liberia clash